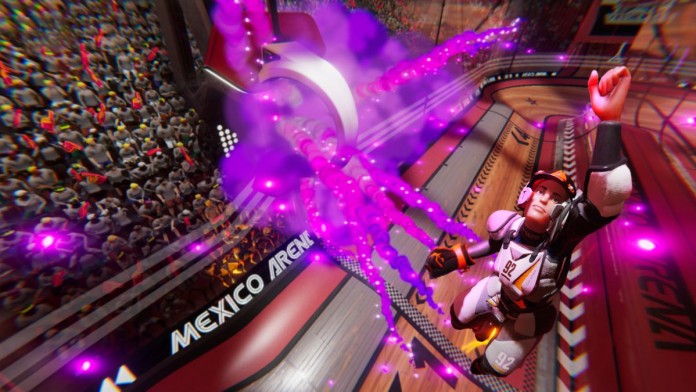 Roller Champions: Ubisoft’s free-to-play game needs a little more time to reach the levels of quality they expect. Roller Champions recently appeared registered with the ESRB, the agency that classifies games by age in the United States. When that happens, it can be an indication that the release is near. However, Ubisoft has released a statement revealing that they need a little more time to polish the gaming experience. In this way, this sports free-to-play will not be available until late spring.

“After analyzing any possible scenario, the teams have come to the conclusion that they need a little more time to offer the successful game that you deserve,” they report. “We know that many of you have been following its development for a while now, so as a token of our appreciation for your continued support we want to make sure you get the news first: Roller Champions will be released in late spring.”

Ubisoft has recalled that “the wait is almost over” and that it is so thanks to the trust that players have placed in the developers. “We have been able to make great progress and we want to thank you for all your appreciation.” Roller Champions has been tested through an alpha and beta, so that the study has been able to collect feedback and comments from users who have participated in the tests.

The master of the ball … on skates

Roller Champions is in development for PS4, PS5, Xbox One, Xbox Series X, Xbox Series S, PC, Nintendo Switch, and iOS and Android mobile devices. In this title, players embody a Roller Champion, who teams up with two other people to compete against the rival team. On skates, the different participants will try to catch the ball and score as much as possible. Little by little, persevering, the player will increase his skills until he reaches, who knows, the true title of champion.

After Hyper Scape, which closes its servers in April, Ubisoft embraces the free-to-play model again, although with a different proposal.