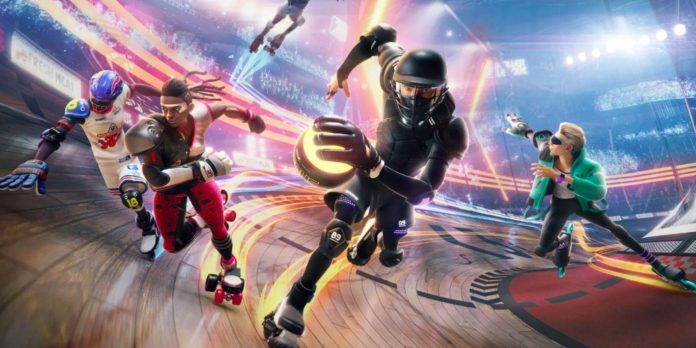 Sports games, of course, have become one of the largest genres supporting competitive esports in a variety of games. The sports genre supports a wide range of different types of esports, ranging from traditional games such as FIFA and the Madden series from EA Sports, to more unique games such as Rocket League. The presentation of Roller Champions from Ubisoft in 2019 promised a competitive multiplayer game inspired by a much more niche sport — roller derby. Now rumors have begun to circulate about the future of the game after the current season.

During the recent release of the Giant Bomb podcast “Xbox Era”, journalist Jeff Grubb said that the days of Roller Champions are apparently numbered. Grubb reported that Ubisoft planned to cancel the game after the end of the third competitive season after a recent string of Ubisoft cancellations. The roller derby-inspired game has struggled to gain popularity with fans since its launch, maintaining a low number of viewers on Twitch. However, a recent update from Roller Champions in response to rumors claims that cancellation is not underway.

An update posted on Roller Champions’ official Twitter clarifies the rumors, explicitly stating that the game is not being canceled and “Ubisoft fully supports it.” The message goes on to detail how Roller Champions intends to solve the problems of some players. Roller Champions has announced plans to extend the current season of the game Disco Fever, focusing the attention of the development team on solving the problems “voiced by the players” before the game launches next season.

While Roller Champions didn’t go into details about what changes will be made to the game, the only fix that Ubisoft has fixed is the upcoming addition of “cross invites” allowing players to team up with their friends on different platforms. The game’s development team teased “exciting things planned for the next seasons,” but paid clear and great attention to improving the content that Roller Champions already has for fans. The team concluded its statement by assuring the players that it would “keep fans informed” of any new developments related to the game.

Rumors about the cancellation of Roller Champions appeared recently from the developer. A recent financial results report revealed that four different games from Ubisoft have been canceled, including such well-known games as Splinter Cell VR and Ghost Recon Frontline. It is reported that the developer also canceled two unannounced games with little information about the mysterious games. At the moment, Roller Champions seems to be alive and moving into the future, despite the fact that there are rumors about the game.

The Genshin Effect: Leaks show the fight against Dahaka