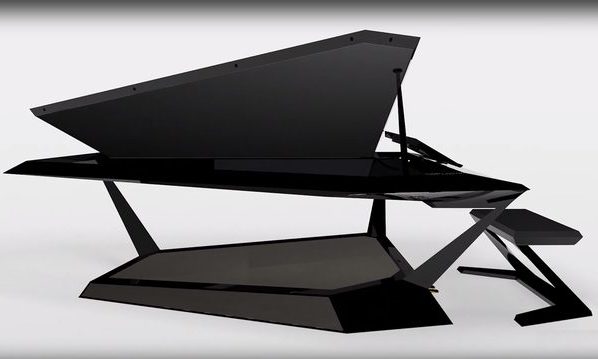 Roland’s piano design team took the project in 2019 and explored how they could turn Kim’s stunning design into a real digital piano for outstanding live performance. The Roland team started with improved keys and decided to re-create the piano sound card with the new PureAcoustic Piano Modeling system and place a flat speaker panel on the frame and base of the instrument.

The concept gives the pianists the feeling that they are sitting on a Steinway piano, giving the speakers the closest experience to harmonic sounds and the hammer mechanism. The piano is fully digital and has an Android-powered system that supports performance. Also included is Zenbeats music software and a small visualizer boot that reacts in real time while playing the piano.

Roland does not plan to produce the product yet, but with its futuristic design it can be a solid investment for the future. You can watch the details of the product design process from the following video:

Stranger Things: It Was Confirmed That There Will Be A Fourth...