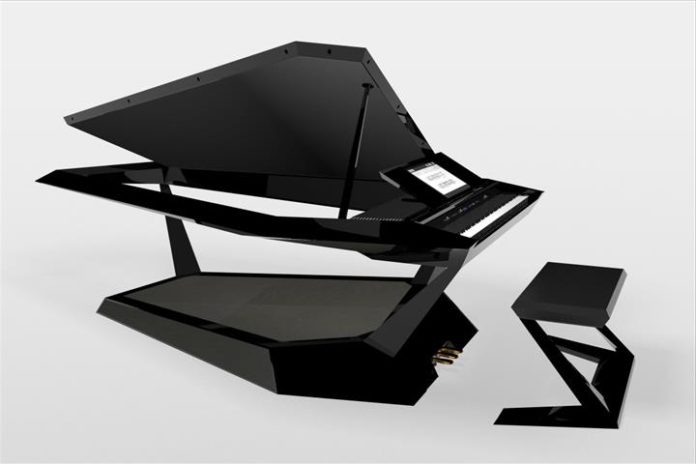 About 5 years ago, Roland decided to launch the design of the facet, the winner of the design awards competition. ROland GPX-F1 was the result of a long run.

Today, musical instruments have started to keep up with the technology. Digitally sounding instruments are now ordinary. In many instruments, paper stands now consist of tablets. Roland produced an interesting product.

Roland GPX-F1 Characteristics
In fact, futuristic design doesn’t belong to Roland. In 2015, the Digital Piano Design Award, which was initiated by Roland, was successful and the student of San Francisco Art University Jong Chan Kim was successful and his design named Facet won the first prize.

Roland’s engineers have worked for a long time to turn this design into a working prototype. PureAcoustic has a futuristic design with key technologies such as the piano modeling system and near field speakers. The sound system is able to reflect the resonant sound card of the big pianos.

The GPX-F1 piano’s music base is an Android-based tablet. You can perform the operations like a standard tablet as you project the notes. Zenbeats composing software is installed on the screen and there is also an accompanying visualizer while you play.

Roland doesn’t intend to sell this piano. As a single example, it is estimated that it may occasionally appear on platforms such as movies or series or at major concerts.

Moment has finished developing the Pro Camera app for Android