Home Music News Roger O’Donnell of The Cure paid tribute to the memory of the... 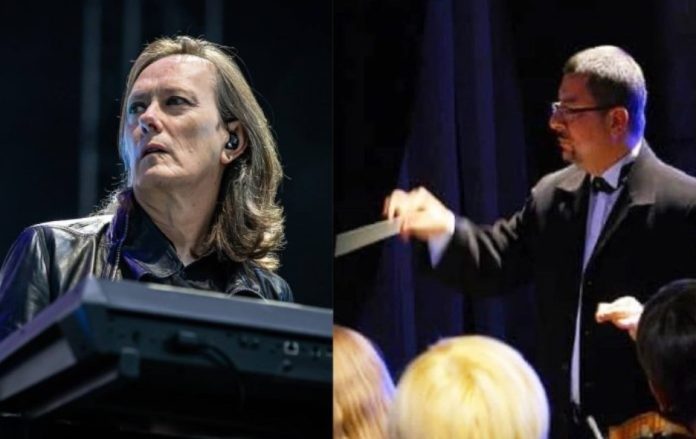 Roger O’Donnell of The Cure paid tribute to the memory of Ukrainian conductor Yuri Kerpatenko, who was recently shot dead by Russian soldiers.

Kerpatenko was killed after he refused to participate in a concert in occupied Kherson, according to the Ministry of Culture of Kiev, The Guardian reports.

The Gilea Chamber Orchestra, whose chief conductor was Kerpatenko, was supposed to take part in the concert on October 1, but he reportedly “categorically refused to cooperate with the occupiers.”

After that, the Kherson Regional Prosecutor’s Office of Ukraine launched an official investigation “on the fact of violation of the laws and customs of war, connected with premeditated murder.”

His death prompted keyboardist The Cure to post a tribute to the late conductor.

O’Donnell wrote that before a recent performance in Hamburg, he learned about the murder of Kerpatenko.

“I don’t know why, but it touched me, I know I wouldn’t be so brave, and you know why Ukraine will win. So I typed his name on my keyboard, and with the help of my friend @dariahlazatova we will try to do something for his family, Yuri Kerpatenko remember this name @aaronjlaw,” he added.

Meanwhile, last week the winners of Eurovision 2022 Kalush Orchestra collaborated with The Rasmus on a new version of the latter’s popular single “In The Shadows”.

The video for the new version, shot by Leonid Kolosovsky, refers to the history of Ukraine and the experience of the country today.

Recalling the shooting, Lauri Yulenen, co-founder and frontman of The Rasmus, said: “There was a feeling that everyone wanted to make every effort to achieve a common goal.

“Our mission is to tell as many people as possible about this war and the courage of the Ukrainian people. That’s why we decided to shoot a video for this song. It was inspiring to hear how this song could be revived like this! And the lyrics, unfortunately, are even more relevant to what is happening now, in Ukraine and around the world.”

There is a line in the song: “They say I have to learn how to kill before I can feel safe/ But I’d rather kill myself than become their slave.”