Home Sport Roger Federer: the private photo session for a fan in the middle... 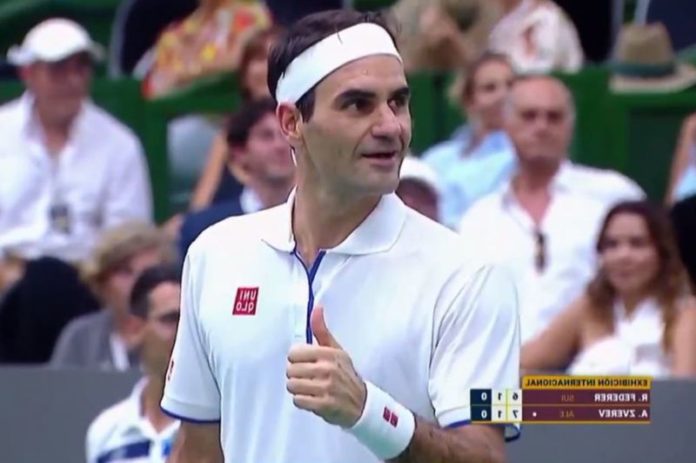 Roger Federer is a perfect lovely. A character who perfectly understands what it is to be the greatest tennis figure in history. Measure the pulse of everything. The Rock Park surrendered at his feet and he returned with all his repertoire: good tennis, kindness, laughter and a positive energy that overcome any obstacle. And part of that aura emerges from some gestures that the Swiss had in full play with Alexander Zverev. From a private photo shoot for a fan in the middle of the game to dance to the rhythm of Queen. Just fantastic.

The beginning of the show came with the first chords of We Will Rock You, which became the We Will Ro Ger, to which the tennis player responded with a few small dance steps that made the entire Roca Park rave. And the same scene continued in the second set.

In a parallel with music, Federer is one of the Beatles, or a Rolling Stone. It’s Beethoven with racket. What the top trophy winner of Grand Slam (20) generates in the public is worthy of a scientific study. People melt at their aesthetics, collapse at their sublime technique. And he has fun at his jokes, which arise suddenly when many believe it is pure Helvetic coldness. The great Roger understands the game and the entertainment code as few: it combines author hits with winks to the public.

As happened when a fan shouted from the gallery and he, before receiving a serve from Zverev, began to pose in several ways so that the fan could have the best image. First he offered him a conventional stance, when he noticed that people had fun with it, he continued with a series of technical gestures so that from the rostrum he could capture the best moment. His mischievous laughter closed one of the best moments of the night.

And as he handles the times as no one even stopped during the movement of a serve when, in the distance, he warned a kind of “fake Federer” in the gallery, which very loose in body and with racket in hand stood up and he shouted “Hello, brother!” Roger, the real one, was tempted to laugh. It was a real party.