Home Sport Roger Federer, again champion in the yard of his house: won the... 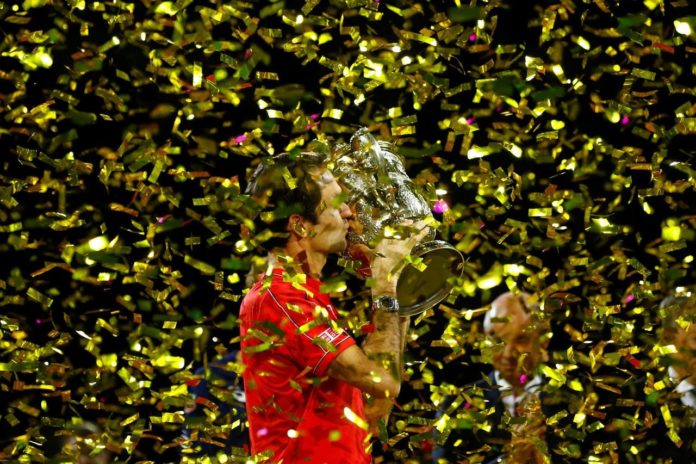 Roger Federer has been playing for history books for years. Each step in the world of tennis writes a new page: this Sunday, for example, he won the Basel ATP for the tenth time in his career, after beating Australian Alex De Miñaur in the final 6-2 and 6-2. Thus, the Swiss reached the title 103 of his career, which still brings him closer to Jimmy Connors: the American leads that historical list with 109 tournaments won.

Prophet again in his land, Federer had no trouble crowning himself before the ascending 20-year-old player in an hour and eight minutes. The strength of the world number 3 veteran (38 years) was too much for the young man who ranks 28th on the list. He took six of the break points he had and raised his arms again in the central court.

In just 20 minutes, Federer already dominated 4-1, and after half an hour, in his second set ball, he closed the first set in his favor. The 3-0 start in the second set put the duel on track for the Swiss, which ended the uneven duel with a new break.

With this, the Swiss equals in his city the number of titles already added in Halle (10) and sits in the third place of the ATP ranking and resists the harassment of Russian Daniil Medvedev.

The Swiss accumulated 13 consecutive finals in Basel (15 in total), with a balance of 74-9 in the tournament and a run of 23 straight games won consecutively on the central court of the tournament. In addition, the Swiss played his 157th final ATP Tour (102-54), compared to Miñaur’s six (3-2).

In this season, Federer has already raised his arms in Dubai, Miami, Halle and Basel.

Zverev: “The O2 is where I play my best tennis”