Home Sport Rodri: “Simeone and Guardiola are different, but ambitious and winners” 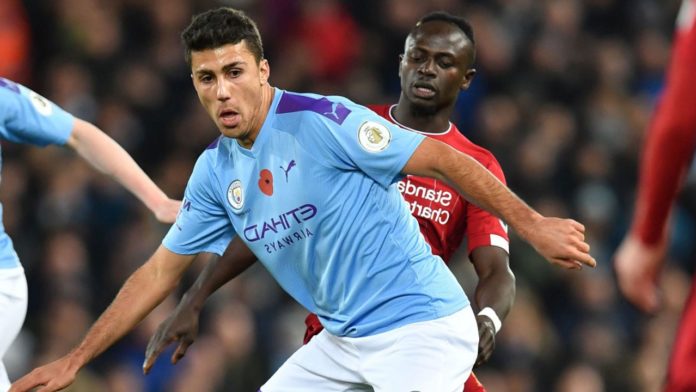 Rodrigo Hernandez has become one of the Spanish players with more projection. In a single year, the Madrid midfielder has gone from playing at Villarreal to be one of the key players of Pep Guardiola in Manchester City, passing through Atletico de Madrid, where he was only one season.

Now, based in England, with one of the most demanding coaches on the planet, the player from the capital of Spain granted an interview to Marca, in which he reviewed some aspects of his career and pointed out some details that must be taken into account.

On the difference between Simeone and the former Barcelona, ​​Rodrigo said that “at all. They are two different points of view, two ways of working, but they are ambitious and winners.”

Another of the issues for which the ‘citizen’ player was questioned was about the keys to sign for the picture of the city of Manchester and if he was convinced by the coach or rather by the project.

“I could not say. I think it was more the project. But it is clear that I am very happy that he is our coach, how he is helping me, but we hope that the successes in the team continue,” he said.

Undoubtedly, another of the most commented issues are Guardiola’s political positions. Rodri also had words for that matter.

We know what Spain is like, that opinions are not accepted. Everyone makes critical judgments. We must respect. I don’t know what the general opinion is, but he dedicates his players 24 hours a day, how to win the games. It has helped me a lot in my position. We have the best coach in that regard, “he commented.

“I discover myself as a player”

On this start of the season, in which he has even played in some games as central, something very unusual for him, the international midfielder for Spain was humble.

“I am discovering myself as a player. The coach asked me one day how he looked at me as central and I decided to try because the team needed me there. You need some time to adapt, it is not easy to fit, but I think that because of my physical and technical characteristics the position is similar to that of pivot, you are in a more delicate area but I think that in time I could fit in. “

Hummels, exclusively: “Inter plays against Barça, but it has everything done”