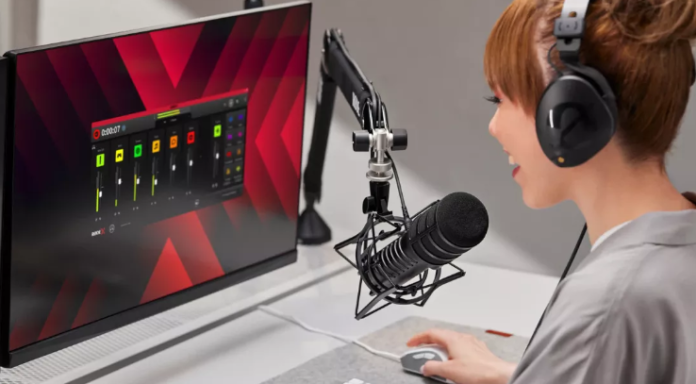 The company’s first direct entry into the gaming market

Something to look forward to: Rode has long been considered one of the most popular companies producing premium microphones and audio equipment for musicians, podcasters, filmmakers and many other groups. Now Rode has decided to launch a new gaming line, hoping to attract customers from this multibillion-dollar sector.

Over the years, the Australian audio company has released many highly acclaimed products. Currently, Rode sells dozens of microphones, several audio interfaces and mixers, and even a line of headphones. However, it has always been more focused on enthusiasts and professional jobs than casual consumers. Rode has tried to change this with its new Rode X line, which features products aimed at gamers and streamers. It currently offers two microphones and software designed to mix streaming audio.

Rode has developed its new Unify software with tools that make life easier for streamers. It supports mixing up to four USB microphones or six audio sources, such as games, videos and audio chat apps. Other sound processing functions include noise reduction, compressors, and noise cancellers. Unify also has high-pass filters that allow streamers to maximize microphone sound.

The software is compatible with any USB microphone, but some features, such as advanced audio processing, are only available when using the new Rode X microphone. Unify comes standard with Rode X microphones, but users can also purchase it separately for $5 per month or $45 per year.

Speaking of microphones, Rode offers two microphones in the line X. XDM-100 (top) and XDM-50 (bottom). The XDM-100 includes features that you would expect from a good mid-range microphone, such as a headphone jack with a level control, a mute button and the ability to connect USB-C. The product also has a pop filter and shock absorber. However, the microphone bracket is not included. The XDM-100 is priced at $250.

The XDM-50 features a more compact portable design with a pop filter built into the microphone and a shock-absorbing mount. It has the same functions and characteristics as the XDM-100, except that the 50 is a condenser microphone and the 100 is a dynamic one. Unlike its counterpart, the XDM-50 includes a tripod. It sells for $150.

The “Rode X” lineup seems like a good start for Rode to break into the game streaming sector. His reputation precedes him, so he should treat well those who are familiar with the brand. The Rode UNIFY software should also be appealing to users who are just getting into streaming, but professionals are more likely to stick with the mixing software they already use. A set of high-quality headphones or a gaming headset will also fit well into the line.