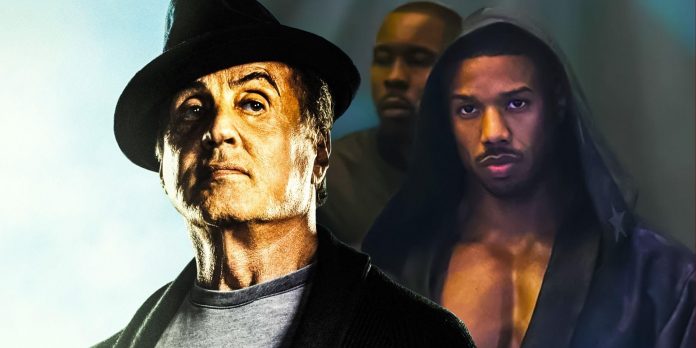 So far, Adonis Creed’s journey as an outsider has undoubtedly drawn inspiration from his parent franchise, but the absence of Rocky in Creed III may finally break that trend and allow Michael B. Jordan’s series to forge its own unique path. Ryan Coogler’s Credo does an incredible job of reinterpreting and remaking the Rocky series, especially the first film, in such a way that it is indistinguishable from the original, but still subversive in its own way. Rocky’s legacy reigns supreme, but Sylvester Stallone lets his character take a back seat as a coach and gives Michael B. Jordan’s Adonis the opportunity to find his way to fame.

Similarly, Creed II references Rocky IV material and depicts Rocky and Adonis bearing the burden of Apollo’s untimely demise. While the stories of both characters are crucial to the film, it becomes apparent that Rocky is slowly loosening his grip, while Adonis is tightening his fists in the hearts of the franchise’s viewers. The subtle shift of emphasis from the catharsis of the “Italian Stallion” to Donny’s moral victory over Ivan Drago lays a solid foundation for the Creed franchise. Moreover, it serves as a swan song for Rocky, who finally lets go of his past mistakes and passes the torch of his legacy to Adonis Creed.

Given how Adonis’ victory over Drago resolves the major disparate threads that previously linked Creed to the Rocky franchise, it will now make a lot of sense for Creed III to move forward without Rocky. Even from a narrative point of view, Stallone’s return would unnecessarily stretch his role in the series and continue to force the storyline to repeat bits of Rocky’s story. Rocky Balboa’s storyline in Creed is largely driven by his lingering sense of guilt for not giving up before Apollo was killed by Drago’s fatal blows in Rocky IV. Adonis’ victory over Drago’s son in Creed II frees Rocky from this guilt and closes the circle of his storyline. The first two Creed films serve as stepping stones for Rocky to find new greatness outside the boxing ring, but his return to Creed III will only undermine his rite of passage, over-expanding his paternal role in Adonis’ life, and give the impression that the film he is still trying to copy elements of the Rocky series, rather than being a separate entity.

Shortly after Adonis Creed defeats Victor Drago, Rocky proudly touches his glove and tells him that “his time has come”. His simple but important gesture not only symbolizes his departure from the boxing narrative of Adonis, but also serves as an allegory of Stallone hanging up his gloves and delegating Michael B. Jordan as the face of the series. The emotionally charged final scene of Creed II, where Rocky meets his grandson, further confirms this, establishing that Rocky’s path now deviates from the world of boxing, and his path is no longer subordinate to the path of Adonis. After such a bitter farewell to the character of Stallone, Creed III now has the opportunity to come out of the shadow of Rocky and declare itself as an independent game.

Rocky’s powerful emotional story is about ordinary people looking for dreams, and hints of Stallone’s career will always be the soul of the franchise. Nevertheless, Creed was steadily moving in a direction different from Balboa’s delayed dreams and iconic training montages with running up stairs. Sylvester Stallone could still play one or two cameo roles as Adonis’ guiding force during difficult times, but for the most part Creed III would benefit more from his absence.