Home Entertainment Rockstar still needs to do one thing for Red Dead 2 before... 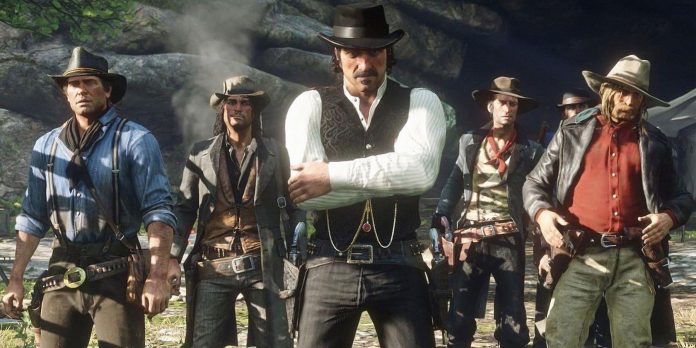 As Rockstar shifts its focus more and more to Grand Theft Auto 6, there’s still a lot of work to be done for Red Dead Redemption 2, particularly for PS5 and Xbox Series X upgrades. Indeed, it seems that Rockstar is in full swing on the next iteration of its Grand Theft Auto franchise and has left other projects behind as a result. For example, Rockstar previously announced that Red Dead Online is more or less going into “autopilot mode”, as Rockstar is working to ensure that GTA 6 meets its monumental expectations.

All of this is good news for Grand Theft Auto 6, but clearly bad news for everything else, at least for the foreseeable future. Red Dead Online did not become popular like GTA Online, and for a while it seemed that Rockstar did not want to promote this game as a whole. In the end, despite fan requests, Red Dead Redemption 2 never received the Undead Nightmare 2 DLC, and it doesn’t look like the original is getting any love. A Red Dead Redemption remaster was reportedly planned alongside GTA 4 before the largely negative reception of the GTA trilogy remasters apparently threw them off the table. So, Red Dead won’t get a remaster, Red Dead 2 won’t get updates or DLC, and all this for the sake of the title, which is still a few years away, which means that Red Dead 3 is even further away.

At the very least, Red Dead 2 deserves its own updates for the PS5 and Xbox Series X. There is no doubt that the Rockstar western is absolutely great on PS4 and Xbox One, and in Red Dead Redemption 2 the details are so small and worked out that the game just seems to be the release of the current generation, but it’s not. Anyone who plays it on a PS5 or Xbox Series X is using a backwards compatible version of the game, which is nice and good, but imagining what it can do with more powerful hardware is even more flawless.

The PS5 and Xbox Series X are much stronger than their previous-generation counterparts, and Red Dead Redemption 2 definitely pushes them to the limit. Upgrading the game to PS5 and Xbox Series X offers a chance to overcome these limitations, and then some, and if Rockstar is going to say goodbye to its previous games, Red Dead 2 deserves it before all is said and done. After all, GTA 5 has been re-released on the PS5 and Xbox Series X, but the two games are very different in many ways.

Red Dead 2 is a realistic live open world in which the world changes and interacts with or without the player, whereas GTA 5 is a beautiful satire with amazing characters and a funny story, but rather standard elements of the open world. Both are great, but in any case, Rockstar could do little to improve GTA 5. Red Dead 2, on the other hand, has limitless potential.

Wait, how did Clementine come back in season 4 of Wild...