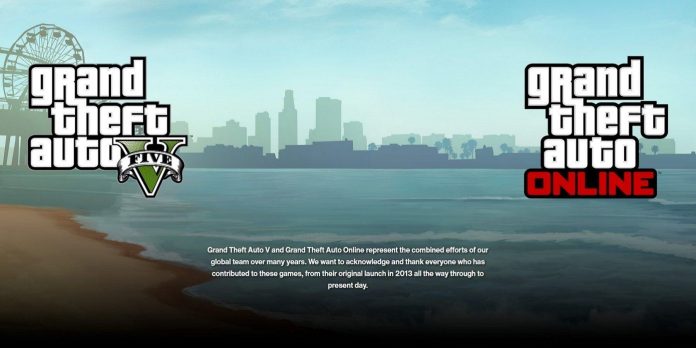 Grand Theft Auto 6 remains one of the most anticipated games in gaming, although fans don’t know much about the game’s plot, setting, or even the time of its release. After the monumental success of Grand Theft Auto 5, high hopes are pinned on its successor, and it should be nothing more than a masterpiece to please fans after a long wait. Fortunately, Rockstar has never given up on challenges and has consistently exceeded expectations.

As the development of GTA 6 continues, Rockstar has to make decisions that may not be the most pleasant for both the company and gamers. The company will have to say goodbye to favorite games like Red Dead Redemption 2 and GTA 5 as it focuses on GTA 6, which can be a bittersweet goodbye. In addition, if recent leaks are to be believed, the company also had to abandon some of its more ambitious ideas for the sake of its team and the upcoming game.

A lot of resources have been invested in Grand Theft Auto 5. The development of the game began in 2008, when Grand Theft Auto 4 was released. Instead of delegating the project to one of Rockstar’s internal studios, many of its global studios worked together, resulting in a team of more than 1,000 employees involved in the development of GTA 5. A lot of money was spent on the project, and analysts estimated it at between $137 million and $265 million, making it one of the most expensive games developed at the time of its release in 2013. As part of the study of the game, some team members traveled. to Los Angeles, which is inspired by Los Santos. More than a quarter of a million photographs were taken and consultations were held with several experts, including FBI agents and mafia experts. With the help of this research, the developers were able to create a world that is not a perfect copy of Los Angeles, but manages to capture its essence.

With all the time and money that Rockstar has invested in GTA 5, it’s clear that the company would like to get a healthy return on its investment. This partly explains why Rockstar milked the game together with its online counterpart for so many years and even released GTA 5 on three successive generations of consoles. However, taking into account the fact that more than 170 million copies have been sold worldwide, and the profit is estimated at $ 6 billion, it is difficult to say that Rockstar did not get everything it deserves with its work.

Despite Rockstar’s attachment to GTA 5, it looks like the company is finally ready to move on to the next era of the Grand Theft Auto franchise. Rockstar recently posted a thank-you note on its website, and it is addressed to everyone who worked on the game from 2013 to the present day. The note is followed by an impressively long list of titles, and this seems to suggest that the GTA 5 chapter has come to an end, as titles usually come at the end of events. Exiting GTA 5 is likely to be a difficult step for Rockstar, and judging by the fact that sales of the game rarely decline, gamers will also have a hard time. However, this is a necessary step to ensure the success of Grand Theft Auto 6. By focusing Rockstar’s attention on GTA 5, it can finally focus all its resources on the next game to ensure that it can surpass the high bar set by its predecessor.

Rockstar Decides to Scale Back

Although Rockstar didn’t say much about GTA 6, other than telling gamers that it was on its way, a constant stream of rumors and alleged leaks kept the discussion going around the game. Perhaps the most reliable source of information came from Jason Schreier, who in his report for Bloomberg told a lot about the evolution of Rockstar and the development of GTA 6. According to Schreier, Rockstar initially had plans to show both North and South America in GTA 6. However, the developers eventually decided to scale down and instead focus only on Miami. This is not a new location for the GTA franchise, as it serves as a source of inspiration for Vice City, which has appeared in many GTA games.

If Schreier’s report is correct, then the GTA 6 map will be smaller than originally thought, and, as in previous games, players will be mostly limited to one region. However, this may be another difficult but ultimately useful solution. Scaling down prevents the game from getting stuck in development hell, ensuring that it hits store shelves within the next few years. Schreier also stated that GTA 6 has been in development since 2014, and some developers are disappointed with the slow progress in the development of the game. The solution to this may be to abandon unrealistic ideas in favor of more mundane, but achievable goals.

The map that players will receive at the launch of GTA 6 may not be the last, as Schreier also claims that Rockstar will eventually update the upcoming game with new missions and cities. This is probably the best solution, as it guarantees the durability of the game and saves developers from having to suffer during a crisis. GTA 4 has demonstrated how impressive Grand Theft Auto DLC can be, and if Rockstar can reproduce the highs of The Lost and Damned with GTA 6 DLC, it’s sure to be a hit.

Analysts predict that Grand Theft Auto 6 should appear sometime in 2024, that is, more than a decade after the first launch of GTA 5. The game will come from Rockstar, which has reportedly radically transformed and left behind its fraternity culture in favor of a more progressive worldview. Although GTA 6 is likely to be different from its predecessors, Rockstar seems to be making the best decisions for its success.

The star explained how Mikey sealed all the last banks in...