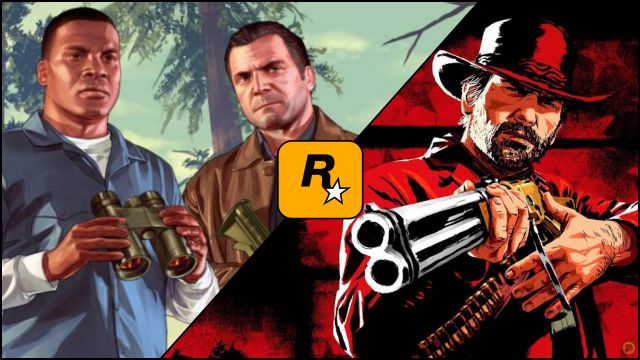 The giant North American study works in research and development for new technologies. It is unknown if it will apply in upcoming GTA or Red Dead.

Rockstar has signed the registration of a new patent related to the development of a technology of NPC (non-controllable characters by the player) that improves artificial intelligence and gives rise to “a realistic experience”. The document, signed by Rockstar North personalities such as David Hynd, CTO; and Simon Parr, head of artificial intelligence, invites us to think that this patent can be applied in future video games of the company, such as a possible GTA VI or new iterations of the Red Dead Redemption series.

The registrant, elevated to the USPTO legal registry on October 29, 2020, belongs to Take-Two Interactive Software, Rockstar’s parent company, so there is no doubt about its official status. The description shows a desire to take the realism of the characters in the environment in video games to a new level, also justifying that the behavior of the current NPCs is insufficient for the scale and ambition placed in their offices. “Conventional systems only provide limited resources to automate NPCs. For example, the processing power, memory and its efficiency allow only a predetermined number of NPC cars in each individual instance in conventional systems ”, they mention.

“However, video game players expect to see more than a predetermined number of NPC controlled vehicles in a video game for a more realistic experience. In conventional systems, NPCs are often grouped by characteristics and always carry out the same movements ”, they argue, which motivates them to take this step in their artificial intelligence development. “In fact, some NPCs from conventional systems disappear when the player approaches the NPC,” they say rightly.

The very lengthy document ends as follows: “In view of the foregoing, there is a need for an improvement in virtual navigation systems in an effort to overcome the aforementioned obstacles and shortcomings of conventional video game systems.”

Rockstar does not want to publish mainstream video games, but to go one step further. In the last ten years, the company, which has more than 2,000 employees worldwide, has only published two titles: Grand Theft Auto V (2013) and Red Dead Redemption 2 (2018), both considered masterpieces of this medium. in MeriStation.

As of today, it is unknown what Rockstar is working on.

Twitter’s new feature will take you away from your ‘bad’ followers!