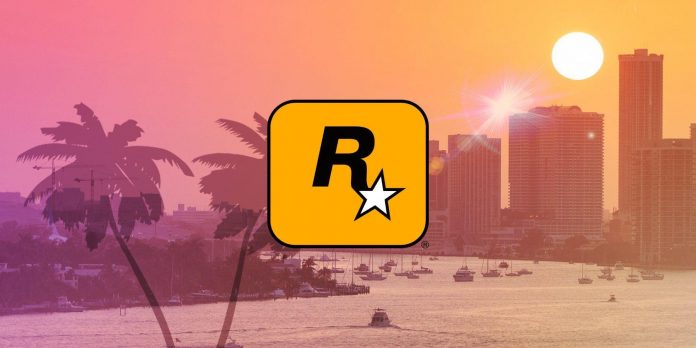 Grand Theft Auto 6 is one of the most anticipated games of all time. Nine years have passed since the release of Grand Theft Auto 5 and, apparently, even more is ahead, this is the longest period when the series was not released in the main line. Despite the fact that GTA 6 seems to be a long way off, Rockstar seems to be restructuring its plans for existing projects to adapt to it.

Although rumors have been circulating for years, official confirmation that GTA 6 is in development was posted on Twitter only in February 2022, although current Bloomberg reporter Jason Schreier reports that it has been in development since 2014. currently, little is known about the game. While there are suspicions that the action of GTA 6 will take place in a fictional version of the Miami universe of Grand Theft Auto, known as Vice City. In addition to this main setting, he can travel to other cities and possibly even to different countries as the game progresses. It has also been suggested that he will be following a female protagonist for the first time.

Fans know that support for the online component of Red Dead Redemption 2, Red Dead Online, has been discontinued for some time. A Rockstar Games blog post in July 2022 stated that support for the game would slow down and eventually cease in the future, citing “the steady movement of more resources to development for the next installment of the Grand Theft Auto series.” This announcement was made after what had already been a period of poor reception of content updates for Red Dead Online, while fans saw GTA Online receiving more substantial and consistent updates during the same period.

The history of GTA 5 support paints a different picture. Few games have received such support after launch as GTA 5 since 2013. It has been available on three successive generations of consoles and has received regular updates and content extensions during its nine years of existence. To the disappointment of some, it was all for GTA Online, and not for the story DLC for a single game. But it seems that this support is also coming to an end, probably due to the development of GTA 6.

Rockstar has published a caption page and a thank-you message on its website dedicated to everyone involved in the success of GTA 5 and its online component. The page does not explicitly mention the termination of support or any plans for GTA 6, but the consensus based on the wording of this “thank you” message is that this is an emotional farewell to the game.

The significance of this decision is difficult to overestimate, given that GTA 5 is the most profitable entertainment media in history. This is largely due to the continued dominance of GTA Online and its Shark Card microtransactions. Thus, the decision to end support definitely does not apply to Rockstar lightly. If GTA Online support stops, this is a sure sign that the developer has focused on GTA 6 as much as possible.

What does this mean for GTA 6?

The disappointment about the end of support for GTA 5 and Red Dead Redemption 2 is understandable. GTA Online has a huge and loyal fan base, while Red Dead Online ended on a rather sour note for many fans. However, there are many reasons why these plans are necessary and useful.

These plans may entail two important things. Firstly, fans can finally get specific news about GTA 6. So far, the only official information is Rockstar’s confirmation that development is underway. Since the development seems to be completely transferred to a new project, this may mean that the developer is ready and can publish more detailed information, for example, announcing GTA 6 trailers or release dates.

The second conclusion concerns the quality of GTA 6 itself. A lot has changed in the industry since the release of GTA 5, including some disturbing trends. In particular, the cycle of excessive promises and non-fulfillment is becoming increasingly common, especially in the field of AAA open-world games. Developers planning big games sometimes release games that seem unfinished. The first releases of No Man’s Sky, Mass Effect: Andromeda, Anthem and Cyberpunk 2077 are among the most striking examples. Hopefully, moving as many resources as possible to GTA 6 means that it will not only be a good game overall, but it can also be released in a decently polished condition on the first day.

Moving teams into GTA 6 development can also benefit these teams. The culture of crunch in video game development is becoming an increasingly urgent problem, and Rockstar, in particular, finds itself at the center of this criticism: former vice president Dan Hauser openly admitted that employees worked 100 hours a week while developing Red Dead Redemption 2. The company gratefully indicated it intends to change this, and part of this promise It may be to make GTA 6 almost completely ready to work.

Red Dead Redemption 2 Also Triumphs: This Is What Has Sold