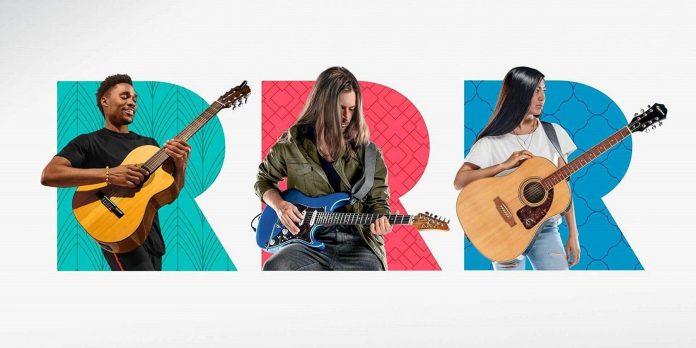 Ubisoft recently launched the Rocksmith+ subscription service, which is trying to turn a gamified guitar training program into a monthly paid service, providing fans with an ever-evolving learning platform for lessons, seminars and training tools in the video game format. The new service was supposed to be launched last year, just a few months after the Rocksmith+ presentation at E3 2021, but now it’s finally here.

Rocksmith is similar to Guitar Hero in that it provides a fun gameplay while listening to music, but unlike Guitar Hero, Ubisoft’s game hopes to teach gamers real guitar and bass playing skills. It offers lessons and complete songs for players who can play real instruments while learning the instruments and tips on the screen. In Rocksmith+, players can play more than 5,000 songs from a library that includes rock, pop, hip-hop, country, Latin American songs and R&B, and according to the trailer that debuted today at the Ubisoft Forward event, there are even more to come.

Players can take their real acoustic, electric or bass guitars and connect them to Rocksmith+ using a proprietary Real Tone USB cable, which uses a 1/4-inch connector for a reliable connection and offers effects simulation and virtual tones. An additional $29.99, so as an alternative, players will be able to use the Rocksmith+Connect wireless mobile app to connect to an amplifier that records audio for the game.Several third-party audio interfaces can also be used to connect guitars to a PC game, although support is not guaranteed.

Regardless of which option the player uses, the game recognizes the tunes played and inserts them into the timeline, where personalized feedback can tighten the game and teach new tips and tricks. With this feature, the game analyzes the player’s performances and offers songs and exercises for practice, and tools such as Riff Repeater and Adaptive Difficulty allow you to speed up and make the learning process more comfortable. At the moment, Ubisoft has not added the requested feature to create completely original songs in the game. However, the new Rocksmith workshop allows players to create and share content by adding arrangements from the song library.

A Rocksmith+ subscription provides access to an updated set of tools, and at the time of writing this article, you don’t have to worry about paying for expensive DLC or microtransactions. The service also includes an expanding music library, which means that packages for specific genres or artists are not needed. The interface is an updated version of the user interface of the original 2014 game, which has all the necessary elements to play along with the song and get feedback.

Creating a subscription service using this concept is a smart move for Ubisoft, as every guitarist recognizes that learning a craft is a lifelong journey. Financially, it will be invaluable to keep subscribers on the hook. Rocksmith+ is available for $14.99 with a monthly subscription (or $39.99 for three months, $99.99 for a year). The accompanying Rocksmith+ Connect app will be available for free on both the App Store and Google Play in the near future, and pre-registration is available on Google Play. However, Ubisoft has already released a free Rocksmith+ Connect Tuner app for both stores. For those who previously owned Rocksmith 2014, Ubisoft offers an additional month for a three-month subscription and an additional three months for a 12-month subscription.

Rocksmith+ is now available on PC and is in development for mobile devices.

Fortnite: Season 7 Will Bring Graphical Improvements in The PC Version