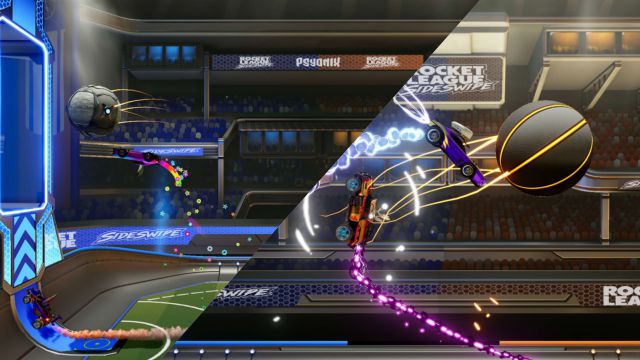 Psyonix announces Rocket League: Sideswipe, a delivery focused on iOS and Android mobile devices. It will come free at some point in 2021.

Psyonix unexpectedly announces Rocket League: Sideswipe, the debut of the popular soccer game on iOS and Android devices. The company will transfer the experience found in the original to touch controls “from a new perspective.” It will arrive at some point this year in a free to play format, that is, free.

The trailer, which you can see at the top of this news, allows you to check the main changes in football starring remote-controlled cars. As the study explains, we will compete in 1vs1 and 2vs2 duels in 2-minute matches over the network. The rhythm will be higher than what we can see on the table. They describe Sideswipe as a “new individual Rocket League experience built from the ground up for mobile platforms.” We are not talking about a port, but it is designed based on the systems where it will work and will be complementary to the main delivery.

“Rocket League Sideswipe will feature mobile controls that are easy to play whether you are a Rocket League master or a newcomer still learning. In addition, there are advanced mechanics, like Rocket League, for those who want to climb in the competitive ranks ”, they explain on their official website. Therefore, we can extract that the ranked games are still part of the core of available game modes.

This range of recognizable elements reaches the garage, which will allow us to personalize our vehicles with the range of options that we already know. Psyonix has confirmed that starting today, March 24, they will hold a limited alpha test in Australia and New Zealand; over the next few months it will be extended to other regions.

As we said at the beginning, its free arrival on iOS and Android platforms is expected in 2021. Contrary to what is seen in the tests, they affirm that they expect the launch to be worldwide. They will share more details soon.