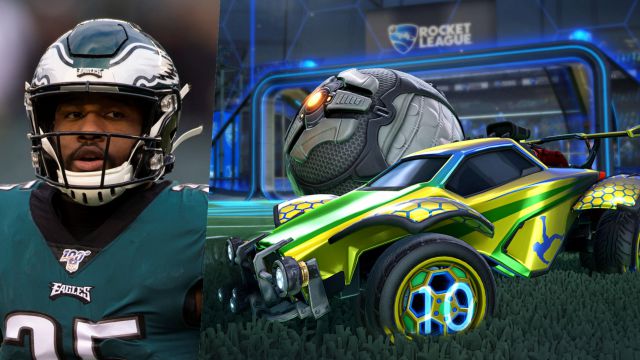 Rocket League: To date, there are very few cases in which an elite athlete decides to combine professional sports with eSports. We tell you the details. That an elite athlete is interested in video games, either as a hobby or to bet on electronic sports, is nothing new. However, Rocket League has been the title chosen for us to witness a historic event: Boston Scott, a professional player for the Philadelphia Eagles of the NFL (National Football League in the United States), has signed on as a member of the Dignitas eSports team. The union between both parties has just given rise to one of the first cases of an active player who combines sports and video games professionally simultaneously.

Among the few such cases that have occurred, we can find Diogo Jota (Liverpool), one of the fashionable strikers who already knows what it is like to participate in a professional FIFA tournament. In fact, the young and talented Portuguese starred in a curious anecdote when he left an official tournament due to the commitment that his club had with Southampton in the Premier League.

Last November, Psyonix surprised locals and strangers with its new bet: a version of Rocket League for mobile devices in which aerial goals and mastery of flight through the propellant are the main protagonists. In our review (8 out of 10), we liked “how fun, accessible and addictive” it is, as well as the “speed to find matches and stability” that it offers. A different way of understanding football proposed by one of the most popular games of recent years. You can read the full analysis at the following link.

Rocket League is available completely free of charge (free-to-play with in-app payments) on PC, PS5, PS4, Xbox Series X | S, Xbox One and Nintendo Switch. In addition, the title has cross-play between platforms.