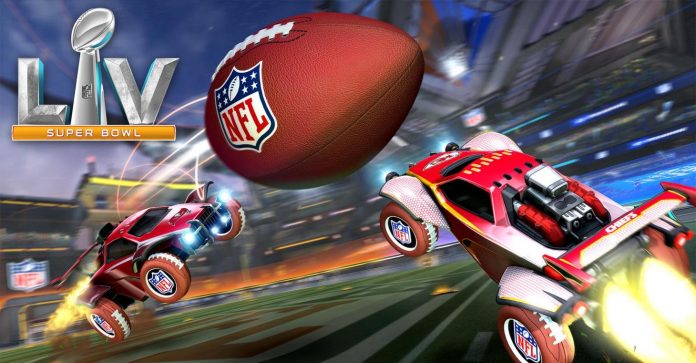 Like every year, the Super Bowl is a major sporting event that brings together spectators from all over the world. On this occasion, Rocket League invites you to swap your usual round ball for an oval ball in the colors of the NFL.

This early February will therefore be devoted to American football for the free-to-play of Psyonix! As Rocket League Season 2 kicked off in December, the developers are set to launch a new limited-time game mode. The event will be named Gridiron, a technical term for the pitch used in American football games. It kicks off tomorrow, February 2, for a week, and will end with the Super Bowl, which will see the Tampa Bay Buccaneers and Kansas City Chiefs face off on February 8. At the wheel of your usual racing car, you will now have to deal with completely new rules! Finally, three event challenges will allow you to unlock rewards like the title of player Guru of Gridiron, the wheels of the NFL or 20,000 XP points.

The Gridiron matches will be between two teams of 4 players, the objective of which will, of course, be to bring the oval ball behind the opponent’s goal line. For that, you will have two possibilities which will make you score 3 or 7 points. In the first case, you will just have to send the ball in the classic way, in the opposing court. But to quickly increase your team’s score, the most effective method will be to transport the ball directly to your vehicle! Indeed, in this mode, the ball will remain hanging on the roof of the car of the “owner”, who obtains this title after having touched it. Several actions will then be possible for the latter: make a pass, advance to the maximum without being stolen the ball, jump or dodge. Be careful, however, a double jump will immediately result in the loss of the precious ball. The same applies if you go out of bounds. Finally, if you tend to be clumsy, know that a goal against your own side will cost you 3 points anyway. Of course, if you prefer to keep playing classic matches, those will still be available … Alternatively, you can also fall back on Fortnite’s football mode, which has just been integrated into the Battle Royal. Afterwards, if you’re more of the type to enjoy racing games, Eneba offers you a great promo on Dirt 5.

Is This Server Enough For So Many People? GTA Online Crashed!