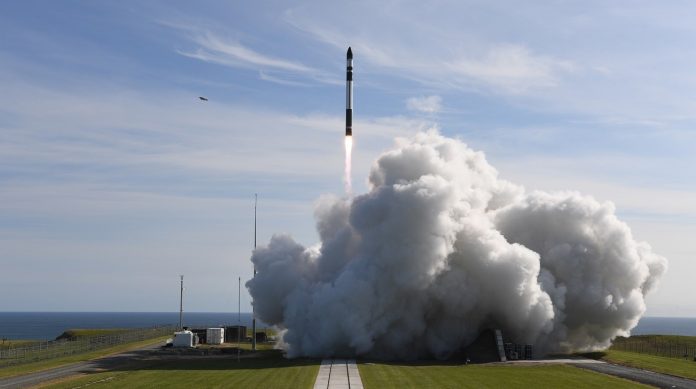 Rocket Lab, once seen as the biggest competitor of SpaceX, has made an important launch today. The Elecktron rocket, carrying two satellites into orbit, was successfully launched. However, an unimaginable malfunction occurred after the launch. Electron rockets are reusable and have lower costs. Rocket Lab is therefore among SpaceX’s biggest competitors.

The Rocket Lab stands out with its reusable rocket technology today, when the space race is shifting to the company competition. At the launch in New Zealand, the Electron rocket was successfully fired at first.

The reusable rocket was able to successfully release its initial load when it was half way out. However, the Rocket Lab team suddenly lost the rocket in the live broadcast on YouTube.

The team, who fell into a deep silence during the live broadcast, had to close the broadcast after a while. Later, Rocket Lab announced on Twitter that the engine of the Electron rocket was shut down unexpectedly.

The rocket, which shut down before reaching orbit and fell to the ground, carried two satellites. According to preliminary determinations, there was no injury or material damage in the area where the rocket fell.

The Rocket Lab team will examine the Electron’s wreckage to investigate the cause of the engine shutdown. SpaceX competitor company, the company, which is an alternative in the space race with its lower cost rockets, launched an unsuccessful rocket in July 2020.

This rocket launch was of great importance to Rocket Lab. Because the New Zealand-based company turned 20 this year. Despite unsuccessful launches, Rocket Lab made significant successful launches. Rockets, which are quite small compared to SpaceX’s Flacon Heavy rocket, are generally used for satellite launch missions.

The company’s aim is to offer reusable rocket technology at a more accessible cost. The company is especially targeting developing countries that want to cut satellite launch costs. However, both SpaceX’s successful launch rates and the success of Russian Soyuz rockets are one of Rocket Lab biggest problems.