Home Tech Robots that feel and heal: They create a material that gives them... 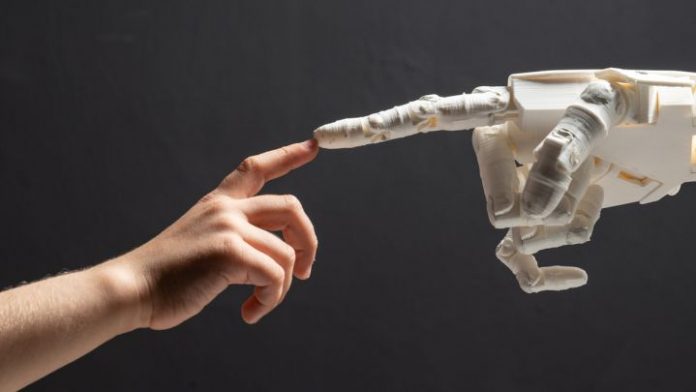 Robots: We can look at the mobile that we carry and be surprised at the amount of technology that is inside that 5-6 inch design. But even if we build the replicants of Blade Runner or the divergent androids of Westworld, the most perfect machine will always be the human body.

In fact, it is so much so, that after a century of Industrial Revolution and 40 years in depth with robotics, the idea of ​​seeing such perfect cyborgs is still (still) a chimera … Although advances in their field are going faster and faster.

The idea we have of an android is that of C-3PO from Star Wars, that of I, Robot, the idea of ​​rigid mechanisms and humanoid designs, not human. Precisely for this reason, scientists are working to ‘untighten them’, testing flexible circuits that deform but do not break and continue to function, and giving exoskeletons more joints until they achieve the great mobility that a human being possesses. But in addition, robotics applies its own advantages.

Researchers at the National University of Singapore have developed a smart foam material that enables robots to perceive nearby objects and repair itself when damaged, like human skin. Artificially innervated foam, or AiFoam, is a highly elastic polymer created by mixing a fluoropolymer – a polymer made of carbon and fluorine – with a compound that reduces surface tension.

According to the researchers, this allows the sponge material to easily melt into one piece when cut. “There are many applications for this material, especially in robotics and prosthetic devices, where robots have to be much smarter when working close to humans,” explained lead researcher Benjamin Tee.