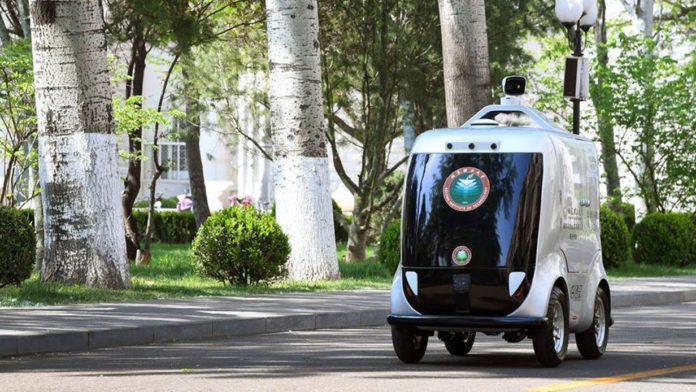 While many countries have made very radical decisions after the Covid-19 pandemic, China, the epicenter of the virus, started using 5G and internet-connected robots for “different purposes”.

The curfew in China, the epicenter of the corona virus, which affects the world, has begun to relax and slow back to normal in some areas. However, everyone agrees that the world will no longer be a place like before. China continues its strict control measures for both this reason and to prevent the virus from reacting again.

As of this week, Beijing Institute of Technology has placed robotic vehicles connected to the campus with 5G on the campus. These robot vehicles started to serve for different purposes on campus. Robots have several important features. One of these features is that robots will deliver on campus. Robots will be able to carry the necessary packages or files between different buildings and people on campus without any contact. This part of the news is not really surprising. Because delivery robots are of the kind that we have begun to see samples so far. The first thing that comes to mind is the delivery robot of Amazon Scout, Yandex’s delivery robot Yandex.Rover and many more are competing in the market.

Another feature of this robot produced by China is that it also acts as a public order and monitoring. Thanks to the cameras on it, robots that control people’s faces and identities also provide security duty inside the campus. For example, robots walking around the campus will be an important checkpoint in terms of security in cases where those who walk around the campus are not students or employees. Although security is an excuse, it is possible to predict that these robots from China will receive serious criticism from time to time and will serve the mechanism of monitoring their citizens.

Thanks to a thermal camera mounted on the robot, the robot will also be able to measure the fire of pedestrians. If a person with a high fever enters the campus, they will be able to detect them easily. Snapshots 5G technology will be transferred to the security personnel on the screen and interventions will accelerate in such cases. It seems possible that interpretations of this virus can be interpreted as a contribution to China’s monitoring and monitoring mechanism.

Did Xbox Live crash? How about Xbox One games?