Spanish scientists have developed a robot capable of reproducing insect movements. The NeuroPod, as it was called, is a biomimetic robot – an area of ​​science that studies biological structures and their functions – that presents agility, almost like a true living being.

The project is able to walk, trot and run similarly to the insects we know. NeuroPod responds to external stimuli through the 30 artificial neurons that make up its neuromorphic processor – designed with inspiration from the natural brain.

Its entire structure was made by 3D printers and contains 18 servomotors – mechanisms that simulate the nervous and motor systems. The mechanical movement is converted into digital pulses through a decoder and thus be processed by the NeuroPod hardware. 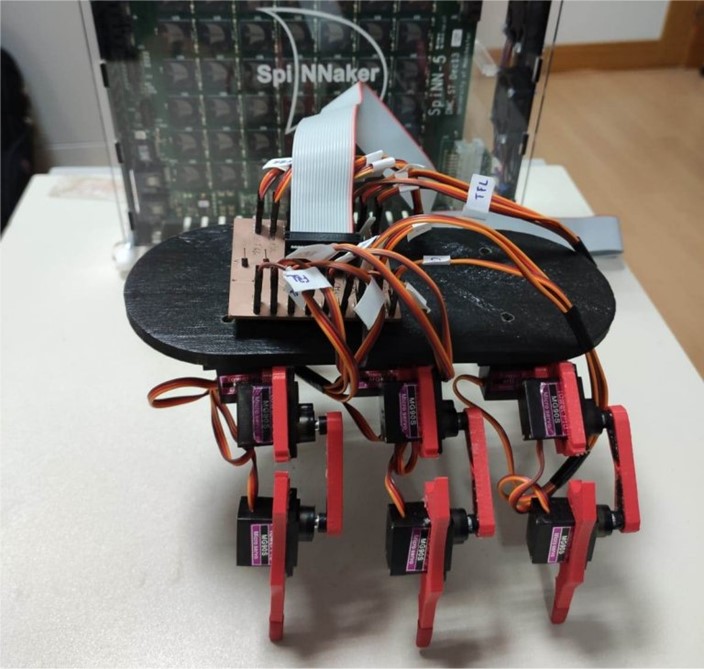 Capable of receiving visual and auditory sensors, NeuroPod can respond to sounds or images if it receives improvements. Despite having simpler hardware than the equivalent designs, the “insect robot” software assumes a great role in modeling all its activity and movements.

Speaking of which, the hardware that makes up NeuroPod is the result of a project by a team of researchers from the University of Manchester, UK. The SpiNNaker, as they called it, is a project developed years ago and, after some retouching by the team of Spanish scientists, the processor reached latencies very close to zero, providing a lot of agility to the robot.

Similar to an animal’s spinal cord, the robot has a “Central Pattern Generator” to generate movements for specific stimuli. This system launches gearshift commands for the sections of the NeuroPod and allows them to react according to the action, either by modifying their speed or intensity.

The purpose of the project is exclusively for research. The robot serves as a study tool to aid the analysis of insects of similar structure.