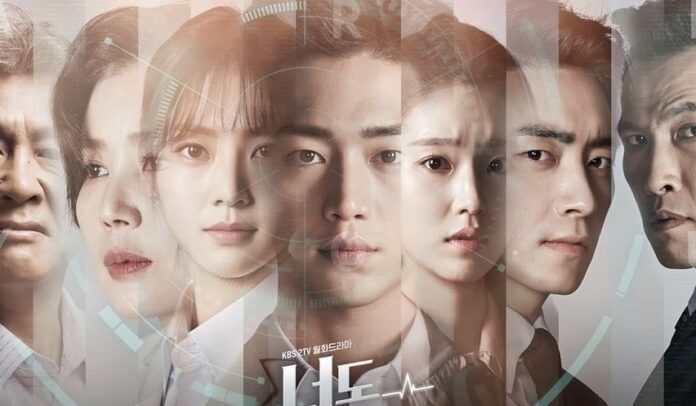 Artificial intelligence is present in the stories of these dramas that will surely hook you.

The science fiction is one of the areas that Korean dramas have experienced more frequently in recent years, therefore, we have seen several stories that through the power of technology describes the ability to interact with robots that look almost human.

Each of them was created with a different objective, but they have caused the protagonists to wonder if it is easier to have a robot by their side than to live with another human.

Although these intelligences facilitate some of the activities of the characters in these dramas , the protagonists must not lose sight of the fact that they are robots , so a link with them would probably bring them problems.

If you’re a fan of these stories, keep reading and find out what the k-dramas are about robots that you shouldn’t miss and that could even be part of your next marathon.

I’M NOT A ROBOT
A young CEO has spent his entire life away from the world, after having a traumatic childhood experience that caused him to develop a kind of allergy to people. For this reason, he is someone lonely and stubborn who finds it difficult to socialize, but tired of this situation, he decides to invest with a team that promises to offer him a robot that seems almost human, but that is at his disposal and can help him.

ARE YOU HUMAN TOO
When Nam Shin suffers an accident that leaves him in a coma, his mother, who is an expert in robotics and Artificial intelligence, decides to build an android capable of temporarily impersonating her son, since he is the one who is at the forefront of the commercial empire that has forged the family. However, this invention is so realistic and charming that even your bodyguard will fall in love with it, while you must protect it from those who tried to murder the real Nam Shin.

MY ABSOLUTE BOYFRIEND
Dada is a woman who has suffered the ravages of love, so she has become a bit cold, she works as a special effects makeup artist and one day by accident she receives a box that keeps a robot. This robot is programmed to be the perfect boyfriend, and as soon as he meets Dada he will begin to do everything to protect her and make her happy, although this will give way to an interesting love triangle.

MY GIRLFRIEND’S BOYFRIEND
This is actually a drama from China and the main character is Ah Zhai, a young man who is in love with a girl he cannot get close to due to her poor social skills. Desperate, one day he finds a way to get the perfect girlfriend, even if it is a robot, he orders the package online and when he arrives he realizes that he actually ordered a boy. When he discovers that he cannot return this robot named Adam, he will resign himself to ordering a new one, Eve. However when Eve arrives she falls in love with Adam and not with Ah Zhai.

MY HOLO LOVE
Holo is not exactly a robbery, but an artificial intelligence. A company works to create intelligence as useful as an intelligent virtual assistant, but with the right glasses, you can see and hear. It is a unique and novel product, so there is someone trying to steal it, to keep it safe, Holo will be delivered to a person who for him was familiar and reliable, what will happen when he discovers this intelligence?

The Deepest Hole in the World for 20 Years: The Kola