Home Entertainment Robin Griggs died at 49: the star of “Another World” struggled with... 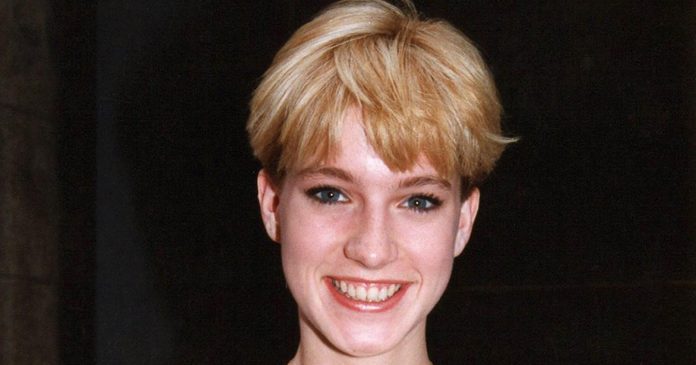 Robin Griggs died on Saturday, August 13, at the age of 49. Before her death, she was struggling with endocervical adeno-cancer.

This was announced by a friend of the star of “Another World” on her official Facebook page. “It is with a heavy heart that I am saddened to announce the passing of Robin. However, she is no longer suffering and would like us to remember this and the good memories,” reads the announcement published on Saturday. “I will never forget how open she was to tell her story and accepted my help in telling it. She wanted to help people and spread her story to do so. I had the honor to do it. Rest in peace, my friend, I love you and smile when I think about you.”

Griggs was a soap opera actress. She played Stephanie Hobart in the TV series “One Life to Live”, and then joined “Another World” as Maggie Corey. She left the series in 1995 and returned to acting in the early 2000s, leaving her mark on horror films such as Dead Clowns and Slashers Gone Mad. She became a regular at horror film festivals.

After performing a standard Pap smear in August 2020, Griggs was diagnosed with stage IV cervical cancer. A CT scan revealed neoplasms in her stomach.

After she could no longer work, a GoFundMe was launched, which raised more than $19,000 as of Sunday, August 14, to help pay her medical bills. She shared the news with donors throughout the treatment process. In February, she announced that her cancer was not amenable to chemotherapy, and began immunotherapy.

She is survived by her husband Mark Wiley, whom she married in 2013. They celebrated their ninth anniversary last month. “Happy anniversary to the love of my life. You’ve been here through all the ups and downs,” Griggs wrote, paying tribute to her husband at the time. “Unfortunately, there have been a lot of falls lately. I look forward to every day when you come home and watch Emergency!, Gutfeld and everything we can find. I’m going to get through this and never stop fighting. I love you and I’m so glad you’re here with me.”

A few days later, she announced that she was returning to chemotherapy to treat newly discovered tumors. “Unfortunately, I have 4 new tumors. Two new tumors in my liver, one in the abdominal muscle and one large one in the right lymph node,” she explained, noting that she was “in so much pain,” and a few days later she started chemotherapy again. “I’ve told them everything they need to know. I’m ready to fight. I will be very sick, sick, etc., but who knows, maybe it will work and ease the pain a little. You’ll never know. Please continue to offer these prayers.”

On Thursday, August 11, it was announced on Griggs’ official Facebook page that she was undergoing treatment at the end of her life. “It is with deep sadness that we share the news from Robin’s father that Robin will be admitted to a hospice today or tomorrow. She fought with determination, strength and grace, which is nothing short of inspiring,” the message reads. “Please continue to keep Robin and her family in your thoughts and prayers during this difficult time.”

The Pennsylvania native began her career in children’s theater productions, and then moved on to television and cinema. She also sang, releasing the 2004 concept rock album Love’s Young Nightmare.

“Days of Our Lives” Leaving NBC: A Guide to Soap Operas, Still on the Air

Before her death, Griggs tried to spread information about cervical cancer. “I thought I was invincible and I didn’t need to be examined or have any checkups,” she told “Call Me Adam” in September 2021. — I had pelvic pains and very painful periods, but I thought it was normal… it turns out it’s not normal. I was at the moment when I knew it was too much for me to bear. I went to the doctor, and I was diagnosed with endocervical stage 4 adeno-cancer.

She explained that her early symptoms included severe menstrual pain and bloating, as well as difficulty urinating. “I cannot stress enough how important it is to get tested and, if possible, get an affordable vaccine to fight several types of cancer,” she added.

Spider-Man 3: Alfred Molina talks about his return to the franchise