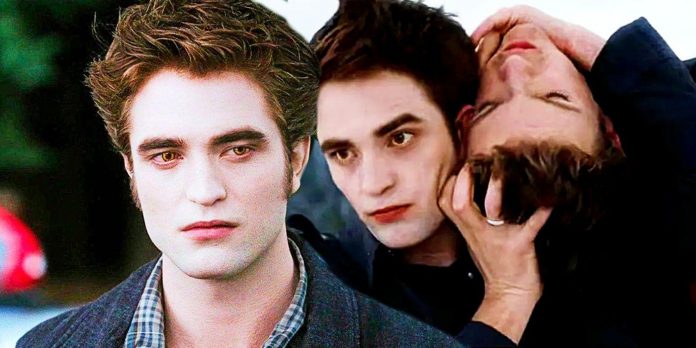 While the Twilight saga was a huge financial success, star Robert Pattinson was not wrong to criticize the disappointing vampire characters of the paranormal franchise. The Twilight saga actually reinvented vampires, although not all fantasy/horror fans were happy with the changes that the successful series made to the mythology of fictional bloodsuckers. Twilight vampires could survive on animal blood, and they didn’t need to feed on humans, and they could also walk in daylight without dying.

Some of the changes in the saga were well received, as the Twilight villain Aro and his supernatural abilities were at least an interesting twist on the idea of vampire glamour. However, by and large, the Twilight franchise’s decision to make vampires more romantic and less deadly was met with derision. Perhaps the most notable critic of the lame vampires of “Twilight” was the star of the series Robert Pattinson.

By topic: How “Twilight” was wasted by fans’ favorite Charlie Swan

In a behind-the-scenes review of the 2009 sequel New Moon, the actor complained, “I almost don’t have to do vampire stuff. I can’t kill anyone.” Pattinson is not wrong, and the lack of bloodshed in the Twilight saga remains one of the most unpleasant moments of the franchise. With the exception of the original “Twilight”, in which a plot with a mysterious murder was added to the original novel in order to interest the audience, the vampires of the saga almost do not kill anyone. The villainous army of “Eclipse” kills a handful of nameless civilians, but most of the vampires of the franchise never pose a direct threat to human characters. This makes the Cullens look more like a family of secret superheroes than vampires, especially when they can walk around unnoticed during the day.

Why are Twilight vampires so harmless

Since Twilight’s target audience was more interested in romance than blood, the franchise could get away with vampires who had never killed anyone. This appealed to the child-teen set, while “The Vampire Diaries”/ “True Blood” offered darker, more mature views on the same topics. The “True Blood” take on the R-rated “Twilight” and the love triangle between a werewolf and a vampire especially quickly capitalized on the lack of blood in the franchise, providing an abundance of brutal violence amid all the romance of the show. “Twilight,” on the other hand, remained largely bloodless as the series progressed, and the impressive box office receipts of each sequel proved that this approach was undoubtedly effective.

However, Pattinson was right when he complained about the vampires from the Twilight saga. Although they might appeal to teenage viewers, the Twilight vampires weren’t really vampires in the traditional sense and had little in common with mythical monsters. While many viewers liked the story of the Cullen family and their superpowers, in the Twilight saga it was easy to abandon the misleading phrase “vampire” and call their super-strong, super-fast, super-brilliant heroes another form of fantasy hero. Nevertheless, vampires immediately became recognizable to the general public, as a result of which fictional vampires appeared in the Twilight saga, who do little in terms of “vampire stuff”, as Robert Pattinson reasonably noted.