Home Sport Robert Lewandowski, a beast in the area: “I confess, I’m addicted to... 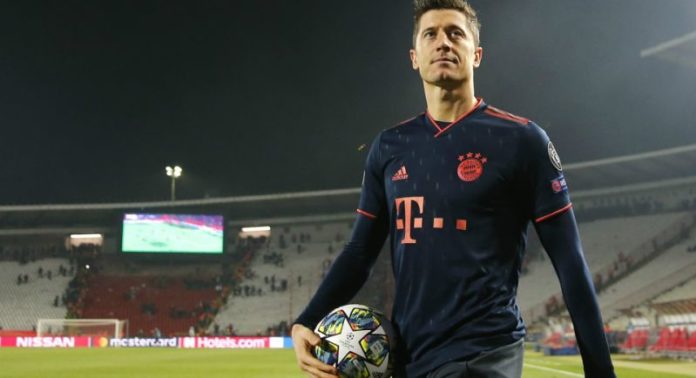 This Tuesday, Bayern Munich achieved the qualification to the round of 16 of the Champions League after scoring as a 6-0 visitor to Red Star. And the great figure was striker Robert Lewandowski, who dispatched a poker in just 15 minutes (all between 53 and 68 minutes).

In this way, the former partner of Arturo Vidal equaled a record that so far only Lionel Messi held: he is the second player with more than one game in which he scores four goals, after the Argentine star of Barcelona. The Albiceleste captain made them against Arsenal (4) and Bayer Leverkusen (5), while the Polish international had done so against Real Madrid (4) playing for Borussia Dortmund.

In addition, with these conquests, Lewandowski becomes the top scorer in the history of the Bavarians in the contest, with 46 goals. He also reached 31 cries this season in just 26 games played (16 in Bundesliga, one in DFB Pokal, 8 in Champions and 6 in Qualifiers for Euro 2020).

In fact, he has 27 goals in the 20 games he has played this course and, since his arrival in the German League, the player recorded his name 218 times, which places him in fourth place in the historical ranking of top gunners of the competition after Jupp Heynckes (220), Klaus Fischer, with 268, and Gerd Muller, who leads with 365.

I have to confess….I am addicted to scoring goals 😁⚽⚽⚽⚽ @FCBayern

And after his new night of glory, ‘Lewi’ used his social networks to write a message that went viral immediately among football fans. “I have to confess … I’m addicted to converting goals,” the Polish wrote on his Twitter account. On the other hand, he also spoke for Sky Sport microphones after the game and gave his impressions after the win. “The most important thing is that we play well, defensively and offensively, we have fun, no matter who plays, we follow our plan. I also get happy if I don’t score and the team wins.”

With the first place in Group B secured, Bayern will face Tottenham by Jose Mourinho in their last match of the Champions League group stage.