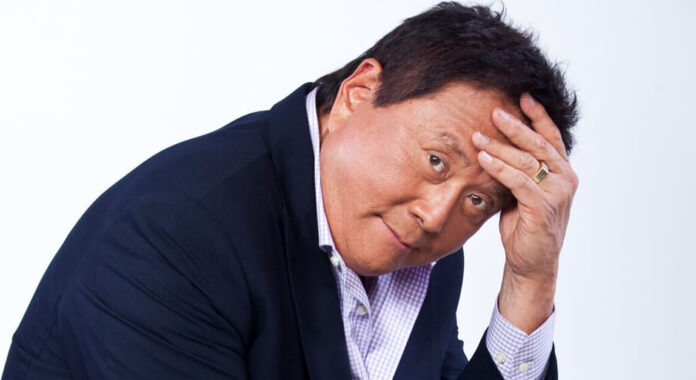 Robert Kiyosaki, a leading investor and author of ‘Rich Father Poor Father’ bestseller, says that he does not support BTC; It continues to support Bitcoin with YouTube videos and tweets.

In his last video, Kiyosaki made his way to world-renowned billionaire Warren Buffett for his persistent criticism of Bitcoin and gold and his faithfulness to the dollar.

Also, according to Kiyosaki’s latest tweets, the dollar was sentenced to death due to the Fed’s monetary relaxation policy.

“I Guess Bitcoin Will See 75 Thousand Dollars Within 3 Years”
In the video, Kiyosaki reminded its viewers of the current monetary easing policy in progress.

He also said that billionaire Paul Tudor said that Jones saw recent entry into Bitcoin as a signal to get old-fashioned investors out of the dollar and enter the new digital gold, BTC.

Paul Tudor Jones compared the current situation of Bitcoin to the low price of gold in 1971. Kiyosaki stated that while it was only $ 35 that year, XAU increased to $ 850 in the following years. The current price of gold is $ 1,779.

Kiyosaki, the author of the investor and financial literacy books, has been a fervent advocate of silver and gold as secure refuge assets (and recently Bitcoin). In his last tweet, he shared his expectations that Bitcoin will see 75 thousand dollars in 3 years. Gold will rise to $ 3,000 a year, and silver (currently $ 17) to $ 40 in five years.

“Warren Buffett is Selling to Bitcoin”
The investment guru also mentioned Warren Buffett, a Bitcoin enemy. A few years ago, Buffett called Bitcoin ‘mouse poison’. Tron CEO Justin Sun earlier this year; He organized a relief dinner with Buffett, and even offered him a wallet with BTC and TRX.

Meetings with Sun and other leaders of the crypto industry (Litecoin founder Charlie Lee, eToro CEO Yoni Assia, etc.) were futile. Buffett was not convinced to buy the leading cryptocurrency. However, billionaire believes blockchain is promising.

Robert Kiyosaki criticizes Buffett by saying that his investment ideas are too old in his video. Kiyosaki stated that Buffett currently believes that the dollar is the best safe haven asset and has $ 150 billion in cash.

Buffett not only hates Bitcoin, but also does not trust gold, and believes the stock exchange is a balloon.

Cameras to monitor your Amazon purchases

Vivo X60 Pro Plus 5G with reservations starting in China