Home Entertainment Rob Schneider Believes SNL is Over and Explains the Moment He Felt... 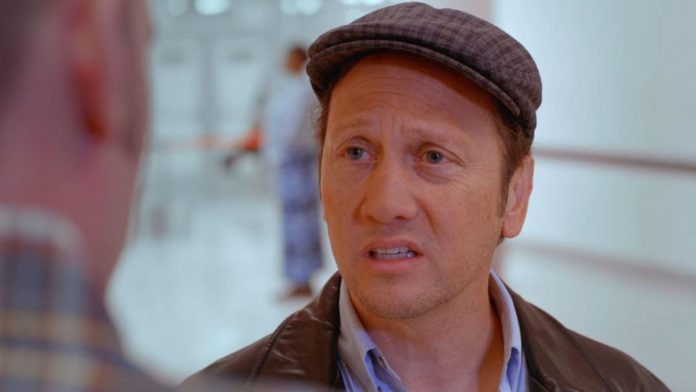 The program “Saturday Night Live” often features political satire. For years, the NBC comedy series made fun of the politicians of the time. As a rule, these sketches that take place at the beginning of the show attract a lot of attention, and impersonations of political figures often become viral moments. In a recent interview, SNL alumnus Rob Schneider spoke about the moment when he thought the show was “over” and his feelings related to the political moment in the show.

Speaking about Glenn Beck’s podcast, Schneider was referring to McKinnon’s impression of Clinton, in particular, the sketch aired immediately after the 2016 election.

When Kate McKinnon went on “Saturday Night Live” dressed like her and started singing “Hallelujah,” I literally prayed, please make a joke at the end. Don’t do this, please don’t go down there. There were no jokes at the end, and I finished. It’s over, it’s not coming back. It’s not there anymore.

This sketch of Kate McKinnon as Clinton, which has gained 12.9 million views on YouTube, according to McKinnon, made her feel connected to the audience, but apparently Schneider is not really a fan. In the video, McKinnon is sitting alone at the piano in a Clinton suit. She sings “Hallelujah” and at the end says, “I’m not giving up, and neither should you. And live from New York Saturday night.”

Schneider, who was on SNL from 1990 to 1994, has been voicing his opinion on how SNL portrays political figures for some time. Back in 2018, he told the New York Daily News that he didn’t appreciate Alec Baldwin’s impression of Donald Trump, comparing Baldwin’s performance to SNL alumnus Dana Carvey’s impression of George H.W. Bush.

For me, the genius of Dana Carvey was that Dana always empathized with the people he played, and Alec Baldwin has nothing but boiling anger towards the person he plays.

In an interview, Rob Schneider also said that SNL and late-night talk shows are “a process of comedic indoctrination.” He said they all sound the same and that there are no more “independent voices” late at night.

It is planned that SNL will return with its political satire, regardless of what Rob Schneider thinks. Although McKinnon will not return to the series, longtime actors Kenan Thompson, Cecily Strong and Colin Jost, along with fan favorites Bone Young and James Austin Johnson, will return for the 48th season, which can be found in 2022. autumn TV program.

The Next Oculus Devices will Bet on Virtual Reality (VR) Without...