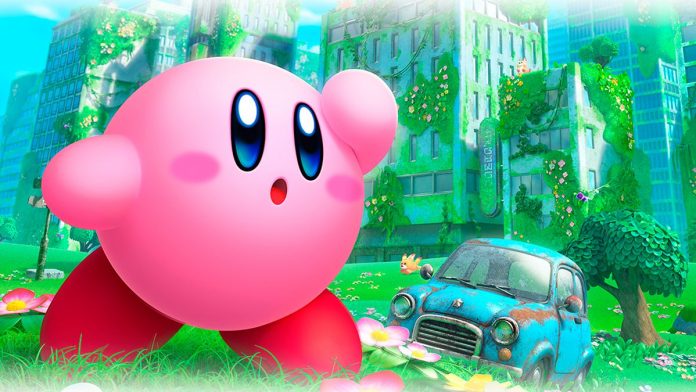 Kirby: In 2022, the HAL Laboratory mascot will open the playing field. We remember the bases of the saga in 2D and the possibilities offered by the new dimension. Although it had been leaked a few hours before, it was one of the big surprises of the last Nintendo Direct: Kirby will return in spring 2022 (coinciding with his 30th anniversary) through a new installment for Nintendo Switch called Kirby and the Forgotten Land. So far this is quite normal news, since the saga created by HAL Laboratory is one of the most prolific of Nintendo. The Forgotten Land will not even mean its premiere on the console, since since it was dropped in it during 2018 with Kirby Star Allies, although it will mark an important turning point for another reason: for the first time, the platform and the characteristic swallow of enemies will take place in scenarios of three-dimensional design.

Needless to say, 3D graphics as such were introduced quite some time ago. Specifically in 2000, by the hand of Kirby 64: The Crystal Shards. Since then, there have been many installments that have built their worlds and characters using polygons, but all, with the exception of spin-offs such as Kirby Air Ride or Kirby’s Blowout Blast, have continued to preserve 2D gameplay even when there were changes of plane or other tricks devised to take advantage of new technology. That is why the fact that HAL Laboratory has decided to take advantage of three-dimensional environments more fully in a main installment is an event of considerable importance: the first trailer has shown levels more in line with Super Mario 3D World than with the previous ones. Kirby’s adventures. So taking advantage of the announcement, we are going to remember the previous path and talk about both the possibilities and the challenges that this paradigm shift poses for the saga.

Where to start? Well, from the beginning. Because before 1992, nobody expected anything concrete from Kirby. The now famous pink ball then had no expectations to live up to. In fact, it wasn’t even pink, given his origin as a character on the monochromatic Game Boy handheld. A then very young Masahiro Sakurai, who directed the first game at just 21 years old, conceived it with that color in mind, but among the others there was some confusion: on the American and European covers of Kirby’s Dream Land it even ended up in white. The shape also ended up being what we know almost by chance, as the distinctive rounded design started out as something temporary, a simple avatar that designers could use to test the levels. But as development progressed, they grew fond of him and decided to keep him as the protagonist.

In hindsight, it’s a story you’d hardly believe if it hadn’t come straight from the mouth of Satoru Iwata, a programmer at HAL Laboratory (and another of the main thinking heads behind the Kirby concept) long before he took over as Nintendo’s president. After all, while other platform pets like Mario, Donkey Kong or Sonic could have changed professions, species or proportions without transforming their games, Kirby has always more literally married his body with his abilities: the ability to Inflating to fly like a balloon and sucking to engulf enemies define both Dream Land and countless subsequent installments or his appearance as a prominent member of Super Smash Bros., a fighting saga to which most players associate the name Sakurai. currently.