Home Entertainment Road 96: How to unlock all endings 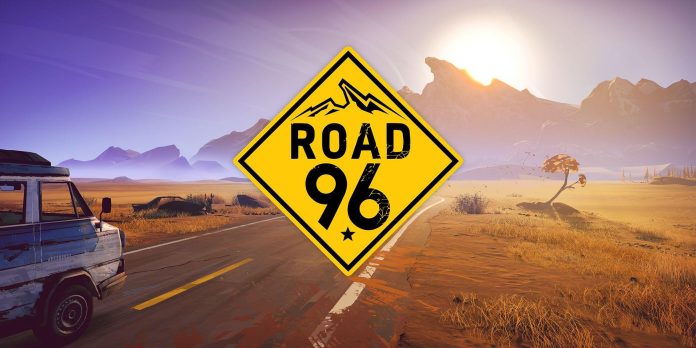 Road 96 is an incredible game that embodies the feeling of a road trip. Journeying on the open road, meeting all kinds of people and influencing their lives during your interactions with them, the game is an incredible piece of work within the adventure game genre. Not only does it have an amazing soundtrack and plenty of great voice acting, but an ending worthy of the best multiple-choice games, and the recent console release will only add to the number of players excited to take the ride.

As the various teens the player takes control of during Road 96 journey through the fictional country of Petria, they will find ways to influence events in the country surrounding an upcoming election. The three main endings to the game depending on which of the three main routes the player chooses to take throughout. To get any of the endings in particular, players will have to focus on certain actions and dialogue options. There are major spoilers ahead for the story and ending of Road 96, so beware!

While the general purpose of each character’s journey throughout the game is to escape across the border into another country, there are ways to behave more selfishly as the game progresses. Players will gain access to choices that involve not helping other characters with events. There are some events that characters are forced to get involved with, but many are optional and choosing the selfish route of staying completely focused on escaping the country during each chapter is the best way to ensure the “ignore” ending will be achieved.

In this ending, the bleakest of the three available, several main characters will die even though the player character will escape. The player will get a choice during the riots, after the stand-off with Alex, Fanny, and John, to escape or stay and fight. If the player chooses to escape then the character will get away, but Alex will be caught in the fighting and will die. Fanny will also shoot John in this ending, and Alex will be the one who made the bomb. The Tyrak regime also manages to subdue the protestors and the tyrannical leader retains control of the country indefinitely.

Other ways to ensure that this ending is achieved are to never vandalize any election posters, which will stop the election from being influenced in any way and helps the player avoid detection throughout the game. Besides that, players just need to make sure they influence events as little as possible and choose the “ignore” or “don’t help” options as you continue the many journeys the player must make through the beautiful, picturesque landscape of Petria.

The revolution ending is similar in some ways to the “ignore” ending. It is likely that Fanny will still shoot John and Alex will be caught in the crossfire after making the bomb for the Black Brigade. However, this ending may also end in the death of Zoe during the riots, and this ending occurs if the player chooses to fight during the riots instead of escaping. This ending does involve overthrowing Tyrak by force and installing Florres as the new, peaceful leader of Petria.

To get this ending, fiery choices must be picked throughout the game. When confronted with the option to speak about voting peacefully for change or forcing it to occur, choose the forceful options every time. It can also help to vandalize Florres posters during the game, as this will prevent her from winning, so the player can overthrow Tyrak instead of getting the elections ending.

Ensuring that Alex makes the bomb and the Black Brigades choose to continue using violence to enforce change are some prime examples of making choices to bring about the violent revolution ending.

While the other endings have a lot of interesting details to them, the majority of players will likely want to see this ending, as it is the “happiest” the game has to offer. In this scenario, it is likely that Alex didn’t make the bomb for the Black Brigades in this version of the story and instead will be trying to defuse it when the stand-off occurs. In this ending, Fanny and John will come together instead, and none of the three will die.

Additionally, Florres will be peacefully installed as the leader of Petria and Tyrak will be jailed for his crimes. The country genuinely gets on a much nicer road to recovery and things seem to turn out well. None of the main characters around the player character die. To get this ending, the player must choose peaceful protesting options throughout the game. Not encouraging any sort of revolution, but instead asking characters to vote for change and to encourage them that this will improve the country.

Vandalizing Tyrak election posters, which can be risky at times, is a great idea throughout the game to help further the cause of this ending. Encouraging the Black Brigades, Alex, and John to do things peacefully and trying to influence Sonya are good examples of ways to help as well. Whichever ending players are looking to achieve in this amazing game, it is certain to bring a number of hilarious and wonderful cut-scenes as well as some terrifying, inspirational, and emotional ones. The game utilizes excellent music, visuals, voice acting, and a unique flair to make all the endings feel earned, no matter how good or bad they end up.

Assassin’s Creed Valhalla Receives Patch 1.4.2: All The News And Size