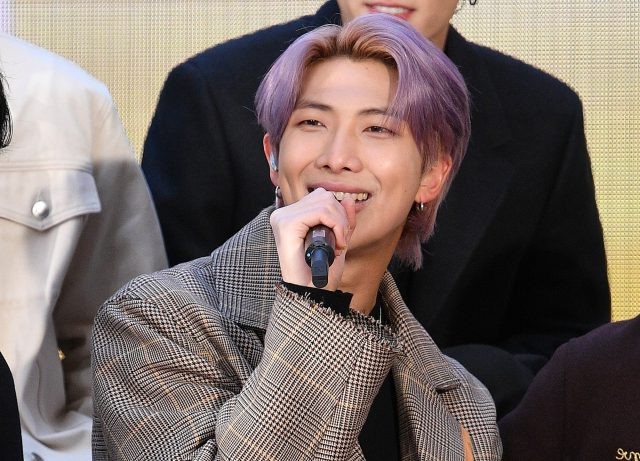 Seven years ago, RM from BTS charted a new course for his career by releasing his first mixtape, the self-titled RM. Then, at the age of 20, he dreamed of being heard. “This moment is what I was so desperately hoping for / I’m finally greasing the pedals I’ve been pushing for seven years,” he reads in “Voice,” the first song of the mixtape. “I am secretly raising the volume of my voice / so that you know so that it can reach you.”

RM’s dream has undoubtedly come true, even seven years later: he is the leader of the largest band in the world, and his voice reaches and resonates with millions. But dreams change, and there is always something to do.

To celebrate RM’s 7th anniversary, we will trace his origin and growth as an artist willing to cast his vote, and at the same time get an idea of what he got in return.

BTS released an adapted track titled “Born Singer” on July 11, 2013, just a month after their debut. Four vocalists in chorus confess their cautious joy: “I am a born singer, a belated recognition / A mirage that was once far away, now here, before my eyes / I may be a born singer. early recognition / But I’m so happy, I’m fine.”

The three rappers weave their narrative journeys around these lines, and RM documents how his fears dissipated in the face of the audience’s applause. “To be honest, I was afraid to prove myself after loud conversations/to impress the world, knowing only a book and a pen,” he reads. “I straighten my shoulders and climb onto our first stage / A minute of silence, I catch my breath.”

RM uses a pun to explain the origin of his rap career. School studies made him only sigh (한숨), so in order to be able to breathe freely (숨) without “han” (한) — a specific Korean emotion of deep sadness, resentment and grief — he decided to do what he loved. .

So, it’s here, in The Voice, with lines that reference Nasa’s “One Mic,” that RM announces, “If you really think you’re ready to fly with my power / That’s what R is about, man, the time has come.”

The letter “R” covers all of his personalities as an artist: Ranch Randa and Randa, two names he used as an underground rapper; Rap Monster, his stage name from 2013 to 2017; and RM, his revised stage name, which he shared, can “symbolize many things,” including the idea of “Real Me”.

He confirms that this is still the case in 2019, with the line “Yes, my name is R” in his solo track “Intro: Persona”. Later he continues, saying that he “lives, breathes every minute, every moment even now.” In 2021, he also writes in his thank-you message “Butter”: “I understand that I am most happy when I create music and can share it with people. So today I don’t hesitate, living as RM . . .”

FIFA 22: It’s Easy To Play, But Difficult To Master

Starfield And Xbox Exclusives; A Declaration Of Intent