Home Celebrity RM was close with a girl who is now envied by the... 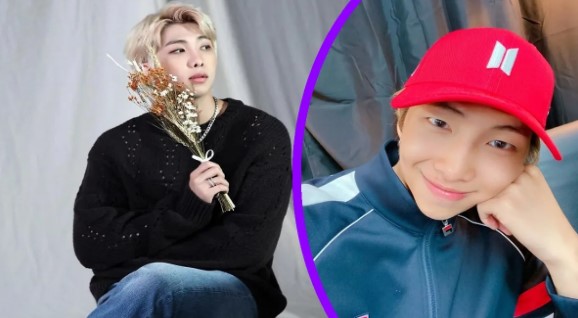 BTS members are known not only for their talent, but also for their pleasant personalities, so every ARMY would like to meet them. We told you about a girl who was able to chat with RM for a while.

A chance encounter with a celebrity is not something that happens every day, no matter what part of the world you are in, we have to admit that this is not an event that is experienced often or easily. Can you imagine what it would be like to meet a world-class star like the BTS members?

It happened to a girl who, while doing her daily chores, was very surprised when she met RM. She made a commitment to reveal the details of her meeting with Namjoon and even took his autograph, how did it happen?

The person in the story explained that the K-Pop idol was probably in the area, taking a trip to the Vanka Museum, as this place is currently hosting an exhibition dedicated to the 30th anniversary, but at the most unexpected moment, the idol appeared in front of her.

RM VISITS A COFFEE SHOP, AND THE GIRL MEETS HIM IN PERSON

The girl shared on social networks that she walked her dogs, and then went to relax in the cafe Stammtisch. She was minding her own business and enjoying a drink, but when she least expected it, she saw RM come and sit down not far from her, drinking tea.

The person in the story explained that since there were a lot of people, of course, no one else saw him to such an extent to find out who he was, but when she saw him come, she only pretended at first that she did not recognize him, but warned him by text message to the owner of the place.

RM’S AUTOGRAPH WILL BE THE BEST BIRTHDAY GIFT FOR ARMIE

This girl added that when Namjoon was leaving, the cafe owner approached the K-Pop singer to ask for an autograph, so she plucked up the courage and did the same because she has a friend who is a big fan of BTS. and soon he will have a birthday.

It so happened that RM dedicated the signature to ARMIE, whose birthday is just a few days away, and we are sure that it will be an incomparable gift.