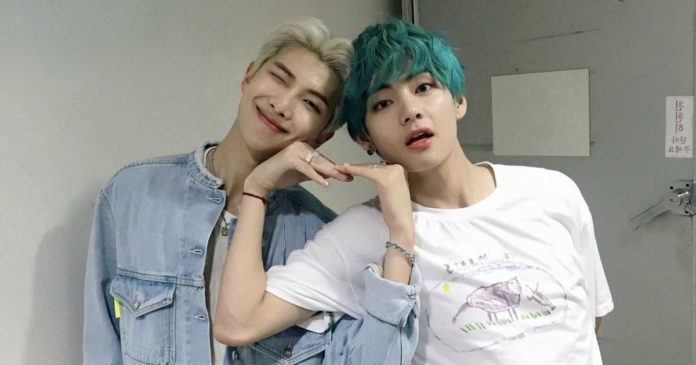 The link of the Bangtan Boys is undeniable, you will be amazed to see how they are animated.

During one of the photoshoots for ‘Map of the Soul: 7’, Jungkook received a pleasant surprise .

The ‘concept photo version 4 ‘, from the newest record material of the Big Hit group , portrays different aspects of Suga, V, Jungkook, Jimin, Jin, J-Hope and RM , such as their grimaces, smiles and gestures that are very characteristic each.

A video has just been revealed on the YouTube channel , BANGTANTV , which demonstrates the connection and coexistence of the members of BTS , this clip called ‘Who are these unexpected guests?’, You can see how the shots were taken photos of the group’s maknae for the album.

Jungkook is sitting, receiving the camera flash , behind him, a large white curtain and as a surprise, RM and V appear , sitting, signaling to the lens and dancing a little, getting more of a smile on Jungkook .

This behind the scenes , offers a show that very few times can be observed, because, it shares how it is that in such professional moments, also, the members of BTS find lapses to enjoy their friendship .

See Also  V teaches you how to make friends at school

According to Scientists, Invisible Man Can Work In The Movie In...

Addison Rae Explains Why Kendince TikTok Is Better Than Instagram

Bitcoin Hashrate is Stable for the First Time After Halving

GOT7’s Jinyoung arranged a special date with his fans