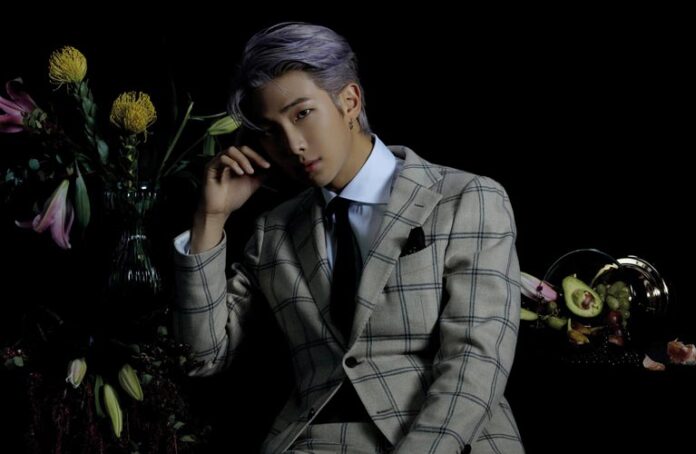 RM reveals why he wouldn’t paint his hair pink again. Apparently Namjoon will not have pink hair again, in an interview the BTS rapper confessed why he does not want to paint his hair that shade.

K-pop idols experiment a lot with their hair, they undergo different look changes to promote their music, to be combined with the concept they want to demonstrate to their fans and to the public around the world who follow their career.

Jimin, Jin, Jungkook, J-Hope, V, RM, and Suga always surprise ARMY at every comeback with different hairstyles and hair colors, so far, the idols of the company Big Hit Entertainment have become iconic with certain shades.

During the era of ‘The Most Beautiful Moment In Life PT.2’, RM tried an incredible color, which contrasted with his rebellious personality, the interpreter of ‘ON’ wore a pastel pink in his hair, a hue that for many fans is an incredible look and one that they wish the boy would show again.

Apparently, Namjoon refuses to have pink hair again, because in a recent interview, the idol originally from the city of Sangdo Dong in Seoul, South Korea, revealed that at the moment he does not think of that color as an option for his hair.

The Bangtan Boys had a long chat with Most Requested Live and ARMY was able to send their questions to the singers and rappers, their questions were answered in the Ask Anything section. The interviewer asked RM:

The public would love to see you again with pink hair

And the leader of BTS replied that he will not go back to pink, because that hair color was used in the program ‘Weekly Idol’, so:

I had pink hair, it’s my dark past, I don’t want to go back to pink

ARMY very well remembers BTS’s performance on ‘Weekly Idol’, a television show, which is a variety show where the skills of the guest idols are put to the test, fans of the K-pop band appreciate the cover that RM performed from EXID’s song ‘Up & Down’.

RM now sports electric blue hair and the tone goes very well with his features, but ARMY will not forget the rapper’s look in pink, maybe Namjoon will change his mind and on some occasion impress his followers with pink.

If you want to know new music and put together a playlist, we invite you to visit: The members of BTS share their favorite songs.

How did Jimin and Ha Sung Un meet? So their friendship...

Everything you need to know about the Dragon Flame