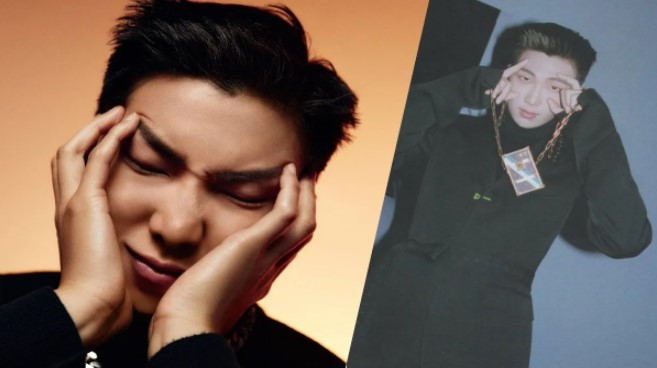 BTS’s path has not been easy and its members even considered breaking up and ending their careers, how did it happen? RM reveals more about that episode in the K-Pop group’s history.

Today, BTS has great fame and popularity, but the path to stardom has not been easy for the members of this K-Pop group; Throughout their history they have had difficult moments that together they have been able to overcome.

There are several key points in the development of Bangtan Sonyeondan as a group, we can remember their debut, their first concert, the first win they reached, their first world tour, or when they renewed their contract, among many other moments that stand out in the career of the idols who are part of the boy band.

But not all the history of Bangtan has been full of pleasant moments, there have also been sad episodes, difficulties and tests that the artists of the group have had to go through, luckily, they have overcome it; but it is not known in detail about those most difficult parts in their lives.

A story well known by ARMY is one in which BTS was about to separate, they would stop being a group because perhaps it was already very difficult for them to cope with their feelings being a public figure; but RM opened his heart and told more about that part, what happened?

Kim Namjoon, the leader of Bangtan Sonyeondan, told more about what happened the day his group wanted to break up, in an interview with Vogue Korea, RM opened his heart to talk about that time; In early 2018, the idols considered ceasing to be a band.

As other members have said, BTS’s emotions and feelings in those moments were a bit weak and unstable, but they were able to overcome it, for RM the important thing is that they were transparent and were able to confess everything for ARMY.

Only once the moment has passed and we have processed and identified our feelings do we look back and share a more coherent version of what we have been through. In doing so, people realize that we are human too … I really think we need to open up to some degree.

Namjoon and Bangtan always prefer to show the world everything, the good and the bad of what they have been through; what idols have learned and more for ARMY, so that fans feel like they truly know their artists.

Although the transparency of BTS idols is something that we could positively highlight, it is something that also creates fear for the group’s leader, RM says that being honest and real could be seen as a weakness.

But to be honest, he scares me. I am afraid that people will think that I am easy prey or that these confessions could be seen as weaknesses and provoke a backlash.

But the best means to express the truth, according to RM, is his music, books, documentaries that keep more of BTS and its history, which is full of good and bad moments but everything has been built as artists and human beings .

In other BTS news, Jimin also revealed a lot about his fears, there is something that causes him insecurity when singing, what is it?

V is considered one of the best soloists for ‘Sweet Night’