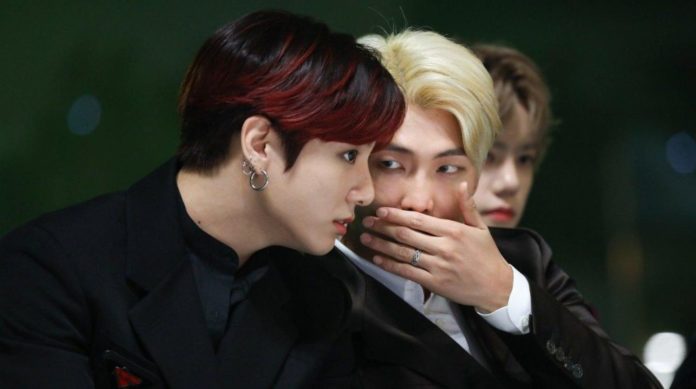 RM and Jungkook share the same hobby. Between them there is a very special connection that over the years is becoming more soli.

Between Jungkook and RM there is an age difference that has not prevented them from sharing different tastes .

RM is one of the idols who loves reading, it is his favorite pastime and from there he has taken a lot of inspiration for his work with BTS and individuals that are characterized by being very sensitive and full of depth.

It is also known for his love of the art , in particular to paintings and sculptures , as long as you have opportunity goes to the museums of the largest cities in the world, no doubt share with thousands of fans your photos in various galleries .

In the opinion Jungkook shares some interests with the leader of BTS during video of BANGTAN TV latest where the group invites fans to see some behind the scenes of one of the most important awards of Korean music, MAMA 2019.

RM sat sipping a glass of concentrated coffee, Jungkook saw him very curious approached the leader of BTS and asked what he was doing, RM replied that reading a bit.

After a while the camera catches Jungkook sitting on the side of the table where RM was and perceives that the book is alone, so he grabs it and very carefully begins to leaf through to see its contents .

Jungkook said the art was fascinating. RM and the youngest member of BTS now have another hobby uniting them.

Meghan Markle and Harry Could Negotiate With Famous Hollywood Actress

Kim Kardashian improvises as a hairdresser