Home Entertainment RM Is The King Of The Day For His Birthday and ARMY... 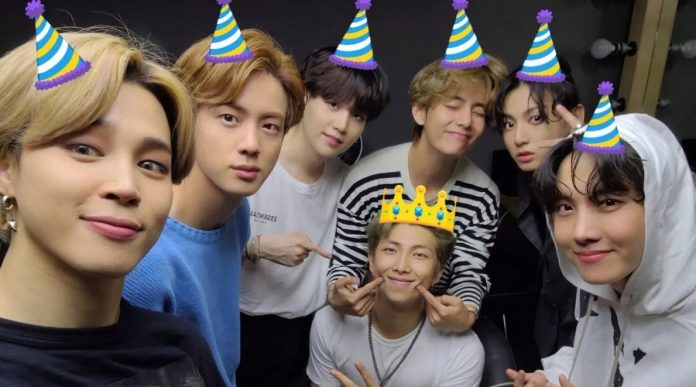 Today is Namjoon Day! ARMY from all over the world have gathered for a virtual mega party to celebrate BTS’s RM’s birthday, ARMY doesn’t skimp when it comes to special days for their idols. What did you do?

September is one of the busiest months for the BTS fandom as 2 members of the K-Pop group celebrate their birthday , we mean: Jungkook who opens a holiday season at the beginning of the month and passes the baton to RM .

Namjoon has a birthday and for a long time he has been giving joy to ARMY with his occurrences, songs, messages of self-love, affection for his colleagues and updates, now it is the fans’ turn to give him a lot of love for this new year of life.

In the round of the world, the rapper of Permission To Dance inspires action and focused projects to preserve nature, as plantations of massive trees, adoptions trees, donations to organizations and since it is a book lover, contributions of books could not miss .

As on every birthday of Big Hit Entertainment artists, ARMY is present on social networks with mentions and hashtags that immediately position themselves in trend, and Namjoon Day was no exception.

Netizens who admire RM and BTS have taken over social media with the hashtags #NamjoonBirthday, #NamjoonClearChannel, and #NamjoonDay posting photos, videos, edits, and messages for the leader of the GRAMMY-nominated boy band.

Some fans continue to post their congratulations to the K-Pop star, they remember his physical evolution with collage where they compare his looks and style, fanarts, they also recognize his work and effort as the guide of his Bangtan Sonyeondan colleagues .

If you want to join the party for the birthday of Namjoon , even these in time to share your congratulations on social networks, ARMY spends all day filling with good energy to the rapper and dancer. Do you have in mind the message that you will dedicate to it?

ID Xbox, The Factory Of Ideas: We Have Already Seen The...