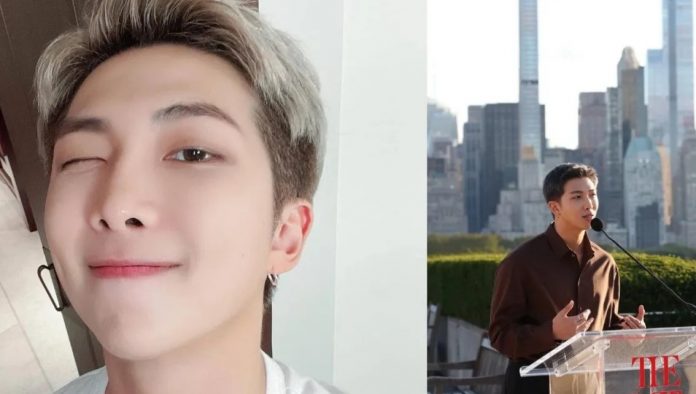 The boys of BTS visited the Metropolitan Museum in New York and RM shared a special message. BTS’s exploits in America continue, this time they met with other top figures to talk about all that South Korea has to offer the world.

The fans of the HYBE group know very well that Namjoon is passionate about the arts and when he has free time he enjoys visiting museums or exhibitions and showing the fandom everything he sees. The leader of BTS this time was in charge of speaking about art in Korea and it was all due to an exhibition in New York .

The Metropolitan Museum houses a special gallery for the works of the country Bangtan Sonyeondan hails from, so members of the group were part of this special event and even took a tour of the South Korean Gallery of Arts alongside the former. lady of their country, the moment where they showed that also in this area they are all knowledgeable.

RM TALKS ABOUT THE VALUABLE WORK OF KOREAN ARTISTS AND ARTISANS

Namjoon reflected on how honored he felt to be a part of the event, because while he once visited the museum as a tourist, now he can even give a message on such a special day and surrounded by important people.

The nerves were there, but RM said he found it really valuable and meaningful to see that the artwork that is being done in Korea can reach different parts of the world, especially places like New York that are so visited by people. of all places.

He also shared that his country is home to very talented people, well-known artists, and many others who have not yet been discovered, but all of them work hard to get their creations displayed and expressed until they reach the public.

RM made a special mention to all Korean products that little by little have made their way to a worldwide audience, because now K-Pop, K-Dramas, cinema, art, and more elements of their nation are enjoyed. for all.