Home Celebrity RM from BTS is also a fan of Pachinko, no one can... 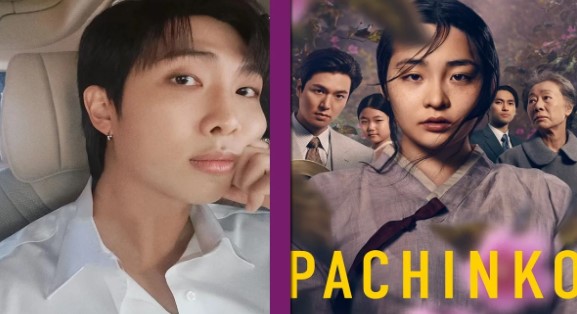 Pachinko came to the screen via Apple TV+ and received very good reviews from critics and fans, Namjoon from BTS joins the fans following the story embodied in the series.

There are more and more streaming platforms through which we can see the stars of K-dramas, Pachinko has assembled a very diverse cast to bring to life a story that has already captivated the public thanks to the novel, and between the actors we see Lee Min Ho playing. Hansoo.

“Pachinko” is an adaptation of a novel written by Min Jin Lee, and since even before the premiere it had already aroused the interest of fans, its premiere received the best reviews, and some noted that it could be the series of the year, but also in each Episode it became a topic of conversation in social networks, so even the guys from BTS didn’t want to miss the plot.

The episodes of the first season of “Patinko” have come to an end, but now that all the episodes are available on Apple TV+, RM is making history.

RM WATCHES EPISODES OF PACHINKO AND WILL SHARE WITH ARMI

In a recent update to his Instagram account, Namjoon shared a photo showing his TV screen turned on, and it turns out that the BTS member is watching an episode of Pachinko.

ARMY, who also watched the series, did not hesitate to name the characters and the scene that was captured by the K-Pop idol through Insta-stories, telling us that this is one of his hobbies at the moment.

PACHINKO CONTINUES, RM AND FANS WILL WATCH MORE SEASONS OF THIS STORY

Although Pachinko has finished releasing episodes of its first season, it has already been confirmed that the series will continue with new stages, so you should be careful not to miss the news about what we will see soon.

The actors will return with a lot of experience bringing their characters to life, so after this drama season ends, RM will have more opportunities to look at the history of Pachinko.

We also told you recently that Park Seo Joon always learns something special from his characters in dramas, and he himself revealed the reason.

Brie Larson is set for a role in an Animal Crossing...