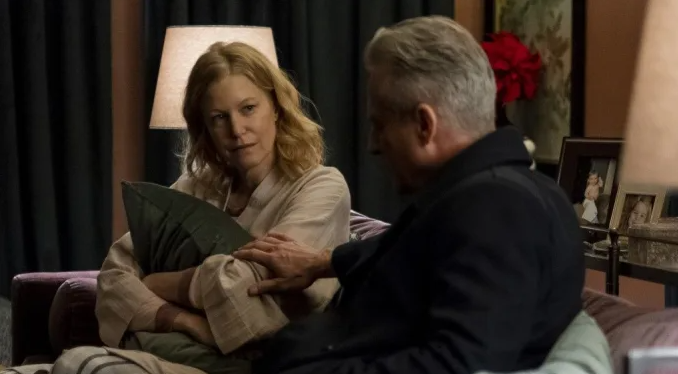 “Apology” begins with recovering alcoholic Darlene Hagen (Gunn) 20 years after her daughter’s disappearance, as she prepares to spend a family Christmas celebration with her best friend Gretchen (Garofalo). On Christmas Eve, Darlene’s ex-son-in-law, Jack (Roach), arrives unannounced with nostalgic gifts and a heavy secret. Darlene soon finds herself trapped between reason and ruthless instinct. Trapped in a dangerous storm, the battle of wits escalates into a brutal revenge game.

“Apology,” the award-winning, put a stamp on gender-balanced production, is the first feature film written and directed by Alison Star Locke. It was produced by Lisa Whelen, Kim Sherman and Stacy Jorgensen from the female production company Company X Productions (There is No Man of God).

Apology “RLJE Films ” Company X “There is No Man of God”.

“The Apology is unlike anything else you’ll see this holiday season- a tense and frightening thriller led by Anna Gunn’s demonstrative performance,” said RLJE Films purchasing director Mark Ward. “We are thrilled to be collaborating again with our friends from Shudder and X Productions to present this exciting original to the audience.”

RLJE Films’ Ward and Betsy Rodgers negotiated the deal for The Apology with Whalen and Jorgensen on behalf of the filmmakers. Gunn is repped by Gersh; Roache by Authentic Talent and Literary Management and the UK’s Tavistock Wood Management. Garofalo is with Gersh, Independent Artists Media and Hansen Jacobson Teller.