Riverdale has been off fans’ screens for several weeks now. But the series created by Roberto Aguirre-Sacasa is scheduled to return on The CW in a little over a month, with the intriguing new episodes of season 6. (Spoilers for season 6)

Riverdale season 6 premiered at the end of last year, a month and a half after completing the fifth installment. It is currently on the mid-season hiatus. and when he returns the new episodes will continue the plot of five installments of the mysterious story called ‘Rivervale’, which has become darker just like in the comics.

The series is scheduled to return in a new time slot. Previously, Riverdale aired on Tuesdays of each week on The CW, but in the network’s programming schedule it was changed to Sundays. Therefore, next episodes will start airing from March 20 at 8/7c.

Also, to get fans excited for the upcoming midseason return, The CW released a sinister new poster. While no one knows what these post-Rivervale episodes will bring, it seems that the other dimensions and realities that the drama has shown thus far could have a lasting impact.

In this sense, the actress who plays Toni Topaz in Riverdale, Vanessa Morgan, told Us Weekly that many crazy things will happen for her character in the remaining episodes of season 6 of the thriller series. This the actress said during the interview:

“It’s going to be very, very cool [and] unlike any other season. I love, like, the magical witch aspect of it all.”

“If you believe [in other dimensions], then there are alternate realities happening at the same time, different versions, different outcomes, all playing out in your life at the same time. I believe in that, and I feel like we’re touching on it. And then I think towards the end of the season, it’s all going to come together and you’re really going to realize how it all ties together.”

As for the synopsis of the episode, it is revealed that disturbed by a series of strange events around him, Jughead’s (Cole Sprouse) search for answers leads him to discover the truth about Rivervale, in an installment that will also star KJ Apa, Lili Reinhart, Camila Mendes, Madelaine Petsch, Mädchen Amick, Casey Cott, Vanessa Morgan, Charles Melton, Erinn Westbrook, and Drew Ray Tanner. 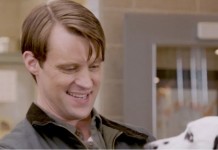 Chicago Fire Season 10: Trailer, release date and what to expect from the finale 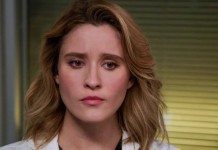 Chicago Med: Why NBC Decided To Cut Norma Kuhling’s Character From The Drama

Battlefield Will Have New Modes That Will Offer Moments “Only In...

Tesla Model 3 Is Saved From Pileup by Automatic Braking