In the last episode of Riverdale, Betty discovers a secret about her sister Polly and tries to warn her because she is in danger.

The Riverdale alumni have no time to waste. Indeed a serious danger lurks in Riverdale and Betty and her friends are the only ones able to save the city.

Since the episode of February 11, everything has changed. Indeed since this famous jump in time of 7 years, the characters rebuild their lives each on their own.

After a major injury in the war, Archie is sent to Riverdale by the military. Veronica Lodge, she moved to New York and got married to Chad Gekko. A rich and possessive man.

Betty on her side is not doing very well. Trained by the FBI for all her years, so she faces real serial killers. And even got kidnapped by one of them and kept on trauma.

As for Jughead, not everything goes as planned. Between his debts, his apartment seized by the bailiffs and his girlfriend who dumps him, he is at the bottom of the hole. But his return to Riverdale will help him overcome his problems.

Because if Riverdale’s best friends have found each other, it’s not for nothing. The city has become a real chaos since their departure. And according to the producers of the series, the band will face one or even two serial killers. Which is not going to please Betty.

BETTY GETS FACING HER DEMONS IN RIVERDALE

Since returning to Riverdale, Betty has made a lot of discoveries. Indeed, she decided to come back to live with her mother while she was able to solve all the town’s problems.

See Also
Cole Sprouse could he in turn leave the Riverdale?

And her sister Polly also lives with her mother with the two twins. To make ends meet, Alice is looking after her grandchildren when her daughter leaves for work at night. Which did not escape Betty.

Indeed, the young FBI agent investigates her sister’s work and learns that she is lying to everyone. She hasn’t worked in the Riverdale nightclub for 1 year.

And it’s Archie who will find out the truth. Returning to his old house, he sees that the “Ghoulies” are squatting in his house and that Polly is with them. And it must be said that the rival camp of the “Serpents” has transformed the real house into the temple of drugs.

After this incident, Polly could not be found. And it’s at the end of the episode that we see her running in panic behind a truck that is going to run over her. Why would anyone want Betty’s sister dead? And will she be alive in the next episode?

As we know, Riverdale loves to have villains in their storyline and the arrival of a serial killer in town would be very possible. Another riddle for the best friends of Riverdale to solve. 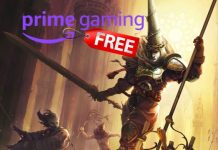 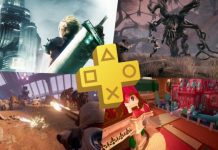 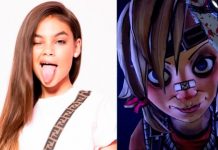