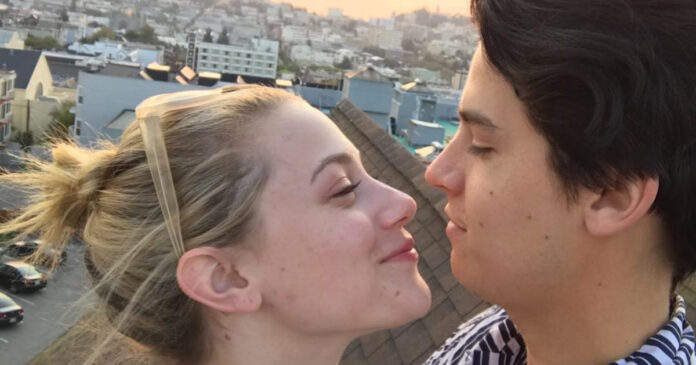 Lili Reinhart and Cole Sprouse started their romance in 2017, after meeting on the set of “Riverdale”, since then, they have shared photos and various moments of their courtship with fans.

But again the breakout storm is upon them, a few weeks ago the first rumors emerged after an alleged infidelity by Cole, but a person close to both could have confirmed the news, we will tell you the details.

Through his Instagram account, actor Skeet Ulrich, who plays Cole’s father in the series, made a live broadcast and answered questions from various fans, it was not until someone asked if he considered Lili and Cole as a nice couple, his answer was: “were”.

Skeet said that they were a good couple, his girlfriend also emphasized his word saying that “they were cute together and that they are good people.” Que????? Apparently they found out about their breakup while filming Riverdale’s fourth season.

So far, neither has confirmed the news, but the Page Six portal reported that their separation may have occurred before the pandemic, which explains why they were separated during the quarantine.

However, there are fans who doubt their breakup, some even believe that they are together and that Cole has spent the days in the same residence as Lili, according to some photos they shared on the networks.