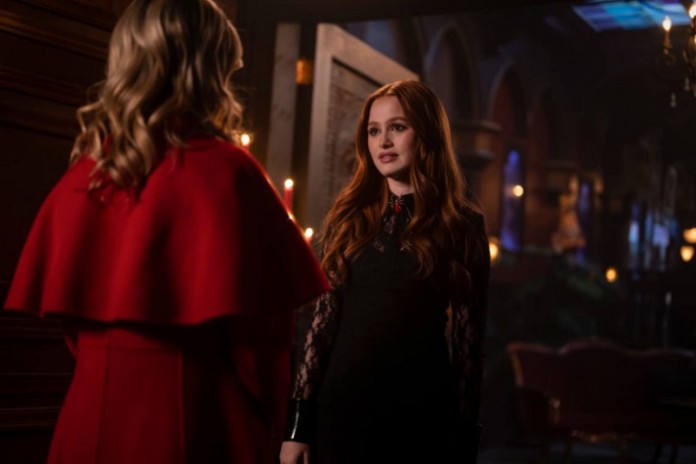 SPOİLER!! Riverdale: Ever since Riverdale’s season 6 was announced by The CW, fans have been eagerly awaiting the appearance of Sabrina Spellman (played by Kiernan Shipka) in Netflix’s The Dark World of Sabrina series. Even with the end of streaming production, the character continues to belong to the Archie Comics universe, which also encompasses Riverdale and other projects.

So, check out how episode 4 of season 6 of the series was built narratively with our full recap!

Riverdale 6×4: What do Sabrina Spellman and Comet Bailey have in common?

The episode begins in 1892, when Abigail Blossom (Madelaine Petsch) hires teacher Thomasina Topaz (Vanessa Morgan) to help educate her girls. Although, at first, the two have some differences in terms of methodology, given that the young woman wants to teach her students about the Bailey comet and how to get rid of unwanted men, they soon fall in love with each other.

However, a few setbacks arise to disrupt their relationship, including Fen Fogarty (Drew Ray Tanner), who is supposed to marry Abigail at the request of James Blossom, her twin brother who has just been pronounced dead. Suspicious about this issue, the two discover that Fogarty is a sorcerer and that he was even behind James’ death.

Upon confronting him, Abigail is cursed. And Fen’s words gain even more force, as Comet Bailey was passing at just that moment. From that point, the episode jumps in time by 65 years, reaching 1957, when Poppy Blossom (also played by Madelaine Petsch) is the center of attention at a club frequented only by women.

Despite this, her life is full of dark moments, which culminate in an unsuccessful birth during the passage of comet Bailey. After that, she becomes a bitter person who has no one’s company. Time once again jumps to 65 years, and in modern times Cheryl seems preoccupied with the comet’s arrival.

Sabrina then appears to help her friend perform a very important task related to a classic body-switching spell, in which Cheryl discovers she was never who she thought she was, but rather her ancestors, in the case of Abigail and Poppy. All this had happened because of the curse placed on the first one, who could never rest in peace.

Emily in Paris: This is why Lily Collins accepted the role...