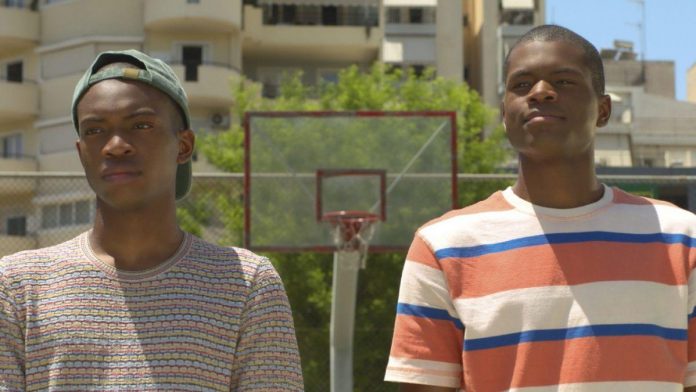 There are plenty of entertaining movies within the sports genre, but many (like myself) have a particular soft spot for biopics. There’s just something so compelling about seeing the stories of real-life athletes told on the big (or sometimes small) screen. The latest production to join that pantheon of flicks is Rise, which tells the incredible story of the Antetokounmpo family, including NBA players Giannis and Thanasis. The actors who portray the two championship-winning athletes in the movie, Uche Agada and Ral Agada, just so happen to be fans of biopics themselves. And they have some thoughts on whose stories should be told in a feature film after the two Milwaukee Bucks’.

Uche and Ral Agada, who respectively play Giannis and Thanasis, were sports lovers and basketball players before getting cast in Rise (which is streamable with a Disney+ subscription). So it’s not too surprising that they’d be familiar with movies within the genre. I recently had the pleasure of speaking with the acting newcomers during the press junket for their film and, during the chat, I asked about their go-to biopics and for their pitches for future productions. Uche got the ball rolling (no pun intended) by naming a football flick as his favorite before suggesting an A+ NBA project:

I think one of my favorite sports biopics is The Blind Side, for sure. Another NBA player who I think should get their own movie would probably be, maybe Joel Embiid.

Joel Embiid would be a perfect candidate for a feature film. Like the Antetokounmpos’ story, the Philadelphia 76er’s is one that began outside the United States, as the all-star center was born in Cameroon, where he played soccer and volleyball as a child. And like Giannis and Thanasis, he also didn’t discover basketball until he was a teenager. Such a story could be interesting to see in a dramatized way.

at Disney+ (opens in new tab)

at Disney+ (opens in new tab)

Ral Agada agreed with his brother’s assessment and, interestingly enough, he too listed a football movie as his favorite. The actor also proposed a great biopic, one that would surely get most NBA devotees emotional:

Mine is probably Friday Night Lights. That’s a good one. But who else do I think deserves it? I know Chris Paul and LeBron are getting one. Actually, you know what? I want to see a Kobe [Bryant] biopic. That’s hard to do, man. That’s hard.

Both LeBron James’ biographical film and Chris Paul’s should be entertaining, but it’s hard to deny just how compelling it would be to see Kobe Bryant’s story play out on the big screen. When the legendary Los Angeles Laker died at the age of 41 in 2020, he was widely mourned, and his death as well as that of his daughter, Gianna, still cuts deep. Any studio and filmmaker who takes on such an endeavor would need to take extreme care if they were to handle such a story. As the star said, that’s a “hard” task, though it’s certainly not impossible to pull off.

Some may not have imagined that the Antetokounmpos’ story could be effectively told through a movie. With Rise, director Akin Omotoso sees Nigeria natives Veronica and Charles Antetokounmpo flee Turkey and move to Greece, where they raise their family. They subsequently make further sacrifices to ensure that their four sons – Giannis, Thanasis, Alex and Kostas – have the tools they need to make their dreams come true. It’s a sweet tale, and one that was definitely worthy of a biopic.

Hopefully, someone takes notice of Uche and Ral Agada’s NBA pitches, though I honestly wouldn’t be surprised if such projects are in the works as we speak. Who knows, maybe even Disney itself is already looking into such things after tackling the Antetokounmpos’ upbringing.

Rise is now available (opens in new tab) alongside some of the best movies on Disney+. You can also stream plenty of sports movies across different platforms and can do the same with 30 for 30 documentaries.