Home Entertainment Rise of the Ronin needs to be separated from Ghost of Tsushima... 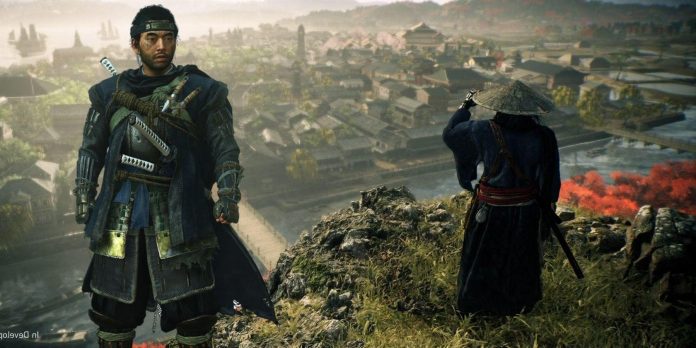 Although there has not yet been official confirmation of the sequel to Ghost of Tsushima 2020, the stunning success of the first game guarantees a sequel that Sucker Punch should not be abandoned. The game was a PlayStation 4 swan song, presenting a stunning open world dotted with fleeting curiosities, magnificent art style and flashes of authentic Japanese culture. Gene Sakai’s desperate defense of his home from the Mongol invasion was a well-told story and another proof that the first Sony studios are able to create unforgettable experiences that are not inferior to other titans of the industry.

Taking advantage of the period of feudal Japan, Ghost of Tsushima was able to provide players with a satisfactory level of escapism along with fascinating combat mechanics and endless potential for exploration. Recently, many other developers have relied on the culture of Japan, and although the latest Sucker Punch work is most respected by fans, this does not mean that other games are also not of high quality. The recently announced Rise of the Ronin immediately seemed familiar, and its 2024 release date could put it in the firing line of the (hopeful) sequel Ghost of Tsushima, which is a dangerous place.

The flowering of the Ronin potential

Rise of the Ronin, unveiled at September’s State of Play, is the latest development by Team Ninja, the studio behind Dead or Alive and Nioh, among others. The company has a history with samurai-centric games, and its new project will seek to use that history to make the exclusive PS5 a success. Little is known about the project beyond the trailer shown, but with the 1863 Bakumatsu setting and an open world that players can explore, it should stand alongside other franchises that also find narrative potential in the story.

Unlike “The Ghost of Tsushima“, which tells a rather tough story with a lot of side quests, “The Rise of the Ronin” allows a certain degree of choice, which means that players can shape the story based on their own preferences and beliefs. However, as in the previous one, it will focus on a character who is not beholden to anyone and is free to pave his own path. This is a time of civil war, demonstrating the end of the almost 300-year Edo period, which means that there are more conflicts in the setting than ever before. The action takes place centuries after the events of the “Ghost of Tsushima“, but, undoubtedly, they will have common atmospheric and cultural similarities, which can be both harmful and beneficial.

The Scale of the Tsushima Ghost

In 2020, Sucker Punch once again demonstrated its ability to create meaningful and content-filled experiences, but on a whole new level. InFamous was a delightful superhero story at a time when comic book-inspired games were not yet in the entire industry, and its sequel was better than the first in many ways. InFamous Second Son was a step forward in performance and mechanics, but Ghost of Tsushima was a significant leap in quality. A potential sequel to the story of Gene Sakai would be a natural next step for the company.

Unlike Ghost of Tsushima, which has already established itself and has a large number of fans, Rise of the Ronin is in the first place and must rely on the quality of its promotional materials to stand out. The problem is that there are many similar games that occupy several genres. From the upcoming and as yet unnamed Assassin’s Creed Red to the smaller scale Trek to Yomi, the main samurai heroes and the Japanese setting, there is nothing new. The recent trailer for Rise of the Ronin immediately drew comparisons with other games, so much so that it risks getting lost in the crowd.

Team Ninja is no stranger to making great games, and if there was ever a developer who would snatch the samurai crown from Sucker Punch’s head, it would be a company from Tokyo. Nioh 3 may be a pipe dream, but if Rise of the Ronin can fulfill its promises, then it may well be for the best. However, Ghost of Tsushima is a huge intellectual property to contend with, and if its successor comes out in the same calendar year as the next Team Ninja game, the competition will be incredibly fierce.

Ghost Of Tsushima is available on PS4 and PS5.