Ripple CEO Brad Garlinghouse listed three different lines between Bitcoin (BTC) and XRP in a tweet he shared today. Emphasizing the difference in the usage areas of Bitcoin and XRP, Garlinghouse stated that XRP stands out in the areas of speed, cost and scalability.

Brad Garlinghouse, CEO of Ripple, one of the largest fintech companies in the world, summarized the current developments in the cryptocurrency industry with his Twitter account today. Stating that institutional investors are now more interested in the crypto money industry, the CEO also made a comparison on Bitcoin and XRP.

Bitcoin price is the number of 18 thousand 300 dollars; While XRP has seen above $ 0.30 after a long hiatus, it can be said that the cryptocurrency market has gone through a new bull rally. Ripple CEO Brad Garlinghouse tweeted today that this rally may have originated in part from the growing corporate investor base. 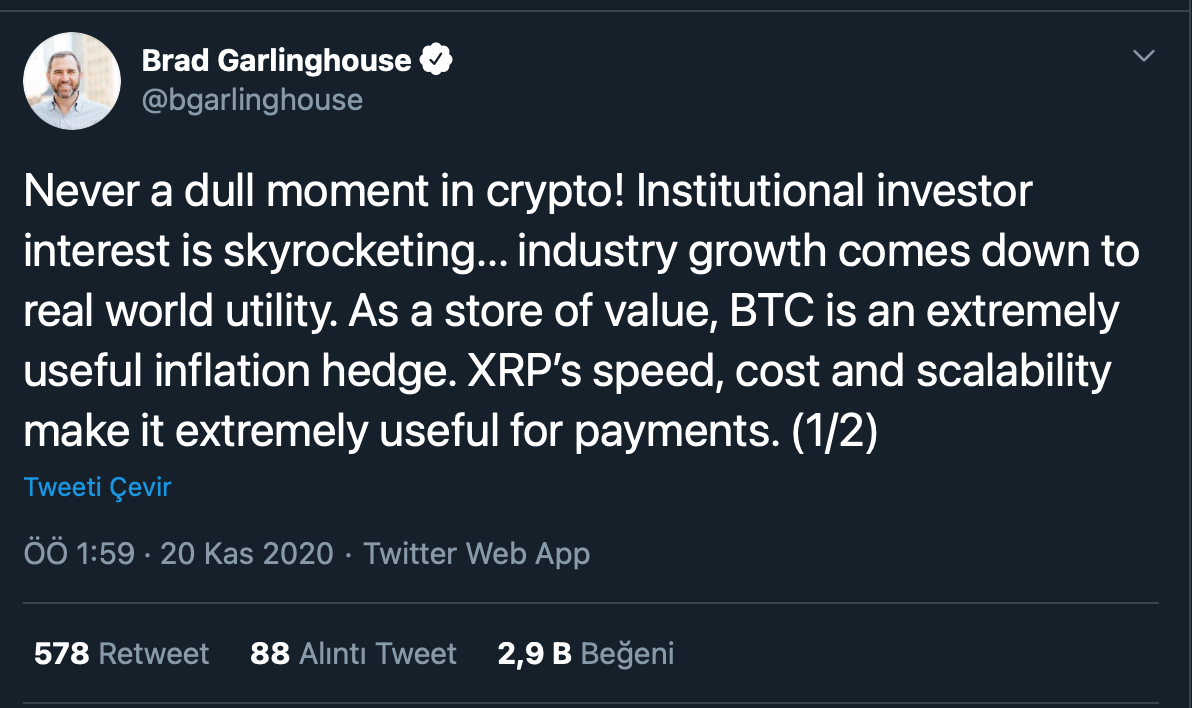 Although Garlinghouse appreciates this development in the market, he tries not to be complacent. Although Ripple’s CEO praised the increase in the number of institutional investors, he pointed out that the most important thing is the use and practicality. The company’s CEO thinks that there is a distinction between BTC and XRP exactly at this point.

Roman Reigns will give one last warning on SmackDown

I thought the books were more useful than e-books