Home Crypto Ripple CEO: There Are Very Risky Coins! They Will Go To Zero 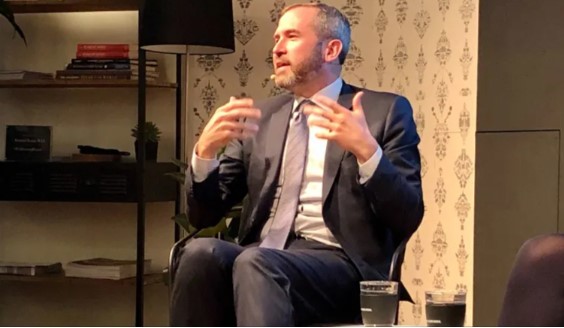 Attending the World Economic Forum’s annual meeting in Davos, Ripple CEO Brad Garlinghouse made broad statements about the urgent need for regulatory clarity in the crypto world. In one part of the session, Garlinghouse emphasizes that the number of projects is approaching 20 thousand, despite saying that they will go to zero.

Ripple CEO says Japan and Singapore are ahead on regulations

The Ripple company is currently involved in a lawsuit filed by the SEC over the sale of XRP in 2013. Garlinghouse warns that governments control financial systems. He says regulations are unlikely to change over the years. Answering a question about the lack of regulatory certainty in the crypto industry, Ripple CEO stated that regulatory clarity is a problem that needs to be resolved, adding that the US is lagging behind in establishing clear rules for the crypto industry:

I SAY DO NOT INVEST IN THE USA BECAUSE THIS IS WHERE SOME ARE ENEMY AND UNCERTAIN, AND THERE IS MUCH BETTER CLARITY IN JAPAN AND SINGAPORE OR TO INVEST GLOBALLY, GO TO SWITZERLAND, MORE WELLNESS, BETTER WEALTH ] WILL HELP.

Garlinghouse, who also serves as a board member of Ripple, has commented on a wide variety of issues, particularly the current regulatory situation in the United States against G20 countries. Later in the conversation, Garlinghouse revealed that he had personally gone to the SEC office “four or five times in the years leading up to the decision to file a lawsuit”, stating that XRP should be a legally classified security.

As for the altcoins whose value will eventually go to zero, Garlinghouse says that there were close to 2,000 altcoins in the market at the time he made these statements, but currently this number has reached 19 thousand. According to him, 99% of these projects will go to zero. Only altcoin projects and companies that come into contact with the real world will remain on the line. Giving XRP as an example in this regard, Garlinghouse says that the token facilitates cross-border payments and eliminates problems.

Today Is The Big Day For These 10 Altcoins: Here’s The...