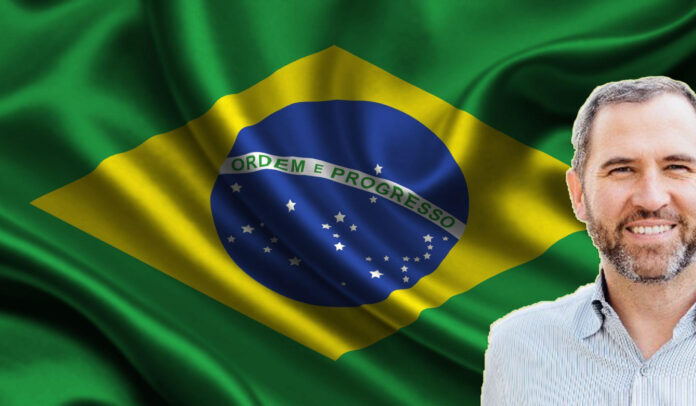 Ripple CEO Brad Garlinghouse, along with other company representatives, discussed corporate issues with the Central Bank of Brazil.

On May 30, Brazilian Central Bank President Roberto Campos Neto held a secret video conference with Ripple CEO Brad Garlinghouse and other representatives. Since the virtual meeting was closed to the press, no details were reached except for the two sides dealing with some ‘corporate issues’.

World Bank data show that Brazil represents a $ 2.5 billion remittance market (one of the largest in the South American continent) due to the large immigrant population sending money to their homes. This explains Ripple’s rapid expansion in the country. The blockchain payment platform announced in December its plans to establish new partnerships with Brazilian banks (including digital ones). Ripple started its operations in the country in June 2019, the first phase of its entry into the South American region. Before that, many local institutions joined the RippleNet network. Some of Ripple’s high-profile partners in the region are names such as Santander Brasil subsidiary BeeTech and Banco Rendimento.

“Including international banking; With advances in Brazilian banking legislation to facilitate financial transactions, the opportunities here will grow greatly in the coming years. ”

SWIFT, a global ‘bank-to-bank’ messaging system, currently operates most of the cross-border payments in Brazil. However, according to Sacco; It is stated that money transfer is 90% cheaper with the solution of Ripple.

YouTube removes offensive comments to the Communist Party of China