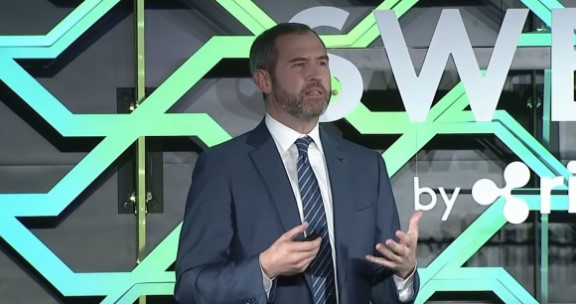 While there were striking developments in the case between Ripple (XRP) and the SEC, the CEO of the company, Brad Garlinghouse, gave good news to the community at the World Economic Forum held in Davos.

”Public Offering Plan Will Be Realized”

Ripple (XRP) CEO Brad Garlinghouse stated during the World Economic Forum in Davos that the company will implement its IPO plan as soon as the ongoing lawsuit with the SEC is over, CNBC reported. The lawsuit filed by the SEC against Ripple has been going on for more than a year. Ripple believes that the litigation could end at the end of 2022. According to the executive, once the lawsuit is over, Ripple will take concrete steps regarding its IPO plan. Galirghouse reiterated that the likelihood of Ripple becoming an IPO is very high at some point, but that the SEC lawsuit is a major hurdle.

Garlinghouse told CNBC that the company expects to achieve certainty and clarity in the United States regarding the regulator. Pointing to the uncertainty over regulation, the executive consistently insists that the US introduce appropriate regulations for the blockchain and cryptocurrency market. Last year, the CEO of SBI Group, Ripple’s main partner in Japan, said that co-founder and former CEO Chris Larsen also wanted it, predicting that Ripple Labs will implement its plans to go public after the lawsuit.

While the litigation between Ripple and the SEC continues, there are important developments between the parties from time to time. So much so that Stuart Alderoty, Ripple’s general counsel, made remarkable statements to the SEC with a post he made on Twitter. Alderoty made the following statements in his post;

The SEC argued that the jury trials were too slow, but later returned and stalled the defendant for 7 years. The hypocrisy is stunning.

On the other hand, the top attorney has previously accused the SEC of playing a “delay card” regarding the Ripple case, while urging the SEC to move the case forward quickly. Alderoty said that despite the SEC’s delay, Ripple and the court are working diligently to resolve the issue as quickly as possible, and believes the solution will be reached by 2023 at the earliest.

Analyst: Bitcoin Will Be At These Levels In The Next 6...